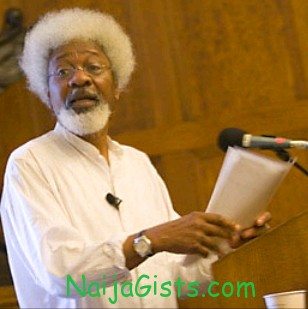 The most generous response that can be given to President Jonathan’s recent statement on the people’s fuel subsidy protest is that he is suffering from a bad conscience.

The worst  – which I fear is closer to the truth – is that he is lamentably alienated from the true pulse of the nation, thanks perhaps to the poor, eager-to-please quality of his analysts, those who are supposed to provide him an accurate feel of the public mood. Since I have had the opportunity to contest this perception of the protest with him directly, it is clear what kind of interpretative diet he prefers. The nation needs all the luck it can get.

The president sent in the army and shock Police squads to forcibly seize and occupy grounds from a demonstrating public, a violation of the people’s rights as entrenched in the constitution, a right – as it happens – that has been further consolidated by a pronouncement of the courts of law.

This should be seen as a grave danger to democracy, and a warning. Both the participants, and those who – myself included – even though unable to be present, lent both vocal and moral support to the demonstration, have been maligned and insulted by such reductionist reasoning. The culture of public protest appears to be alien territory to President Jonathan, which is somewhat surprising, considering the fact that he has not only lived in this nation as a citizen but served in various political offices. He has lived through the terror reign of Sanni Abacha whose ruthless misuse of the military and the secret service did not prevent demonstrations against perceived injustice and truncation of people’s rights.

Jonathan’s pronouncements truly boggle the mind. What is this obsession with bottled water, comedians and musical artists? Must demonstrators drink water from the gutter? Is protest no longer viable when sympathizers cater to their needs, supply decent water and food rations?

And since when have entertainers been deemed a sign of unseriousness in a protest rally. Static or moving, demonstrators boost their morale in any way they can, including dancing and even mini-carnivals. Sit-down occupation and hunger strikes are also legitimate public weaponry against unacceptable state conduct and policies. It may interest the president to know that during the SNG protest march on the legislative houses, a march, not for any individual, but for the sanctity of the constitutional rules of succession, discussions were on for the acquisition of Mobile Toilets for the next stage, in case the protests attained the momentum of continuous encampment. Presumably Jonathan would have preferred to march into office over a field of human waste.

What is especially ominous in Jonathan’s distortive re-visit of that campaign is his attitude of self-commendation, from which one deduces a clear intent to repeat the same action if the people choose to exercise their right of assembly in the future.

It sounds warning of a state of mind infected by one of his predecessors who was never weaned of his military antecedents, a predisposition to intolerance of dissent that was expressed in mindless muscularity and contempt of judicial decisions.  We should not wait for a tragedy to happen before we serve notice that democracy is incompatible with the arbitrary deployment of armed forces against a people gathered or marching peacefully in freedom, articulating their grievances with or without accompaniment of songs, clowns, water sachets or bottled water. The reaction of the public to attempts at military intimidation is always unpredictable – government at the centre should know its limitations, act responsibly, and refrain from incursions that override even the expressed wishes of state governors, and the rights of a people rendered fractious by decades of misgovernment.

Let there be no further attempts at revisionism. The Nigerian people’s right to gather and protest remains inviolate.  Gani Fawehinmi Park – and any place of choice for a people’s assembly – is a people’s space. It should never again be invested by menace and attempted coercion.