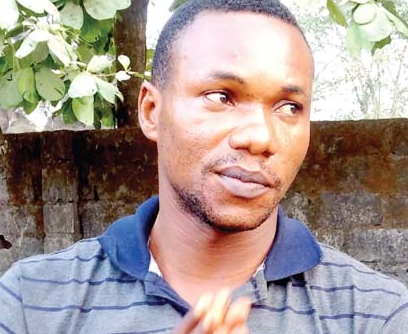 January 25, 2016 – Ikorodu, Festac & Agbara Bank Robberies Mastermind: I Paid My Tithe In 3 Churches In Warri To Ask God For Forgiveness

The mastermind of the audacious bank robberies that took place last year in Ikorodu and Festac areas of Lagos, among others, who was arrested a week ago by the Special Armed Robbery Squad of the Lagos State Police Command, Clement Abanara, better known as Millions is now singing like a canary.

The once fearsome and dreaded bank robber has seen the aphorism ‘many days for the thief but one day for the owner of the house’ come true for him.

In the secure confines of a special location where he is being interrogated, 42-year-old Abanara, a native of Obembri, Warri North Local Government, Delta State told Sunday Sun reporter how he got his nickname, Millions.

He said that his father was very poor wooden boat carver, but somehow he bought a Yamaha speedboat engine to use on one his boats. Within a week of the birth of Clement Abanara, on November 11, 1973, the Yamaha-powered boat started earning money for him, to the extent that the family’s fortunes shot up. And within three months, the father was able to build a zinc-roof house in the village.

Seeing that his birth brought the family good fortune, Abanara said that his mother, Evelyn, named him Millions, a pet name signifying wealth.

But not long after, the father died. The death of the family’s breadwinner brought more poverty. The children stopped schooling. Millions himself withdrew at Primary Three and went into felling and cutting of timber for 10 years. After leaving the timber trade, he worked as a wine tapper for two years in his village while his mother took to fishing to support her family. 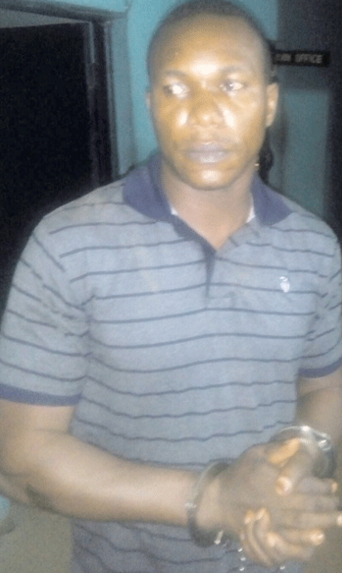 Recalling those days, Millions said: “We were very, very poor, so down in the village. We stopped going to school and my brothers went into timber work. They are still doing timber work and I am the one who helped them. I am the only member of the family who can stand up and speak and people listen.”

While he worked with his brothers in the timber business, Millions gradually began to manifest the attitude of the animated cartoon character, Voltron, Defender of the Universe. In his own case, he saw himself as the defender of oppressed children and consequently took on the nickname ‘Voltron, defender of children in the village.

Millions told Sunday Sun reporter that he hated injustice and bullying and would resist it to any point. He said he would go the extra mile to fight for people whether they sought his assistance or not.

“When I was young, I used to fight. I never wanted to hear about somebody being oppressed. If two people were fighting and I didn’t like that one was beating the other, I would join the other person being beaten to fight the person beating him,” he said. As he was growing up, one major incident eventually concretized his desire to make money by any means. 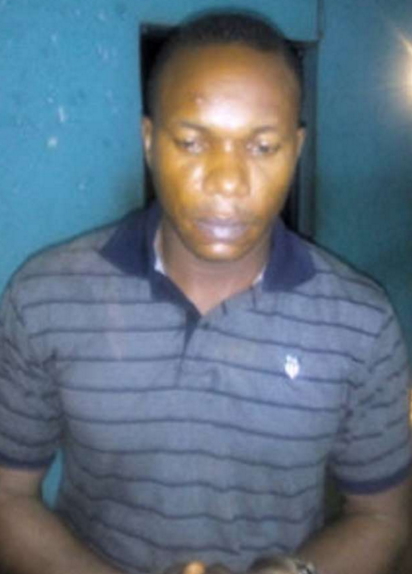 He recounted it this way: “There was one rich man in my community. One day, I had issues with his son and I beat him. That day, the man brought policemen from Koko to my village and arrested me. They took me back to Koko and locked me up. After I was bailed, I looked up and said to myself, ‘So, it is because this man has money that is why he did this to me. No matter what happens, I will get money.”

True to his words, Millions did all he could to make money. He worked for prominent militant lords in the Niger Delta and they generously took care of him as he made good money from serving them. After the government granted amnesty to the Niger Delta agitators, Millions said he established his own illegal local refinery, and began producing diesel (automotive gas oil) which he sold to buyers from Apapa and Cotonou.

From the huge amount of money he made from the illegal crude refining business, he built two mansions in his village, which left his kinsmen in awe. People often met him for financial assistance.

Millions maintains that his fearsome public persona, acquired from his robbery exploits, is not a reflection of his real personality. Rather, he said he is kindhearted and had helped a lot of people in his village. In recognition of his charity works in the village, he was bestowed with the chieftaincy title, Ebvmeiwe 1 of Ogbembiri, Warri North Local Government Area. The title which means ‘the man who does good’ was conferred on him in 2014 with a huge party held in his honour.

But today, as he sits in a secure cell in the custody of SARS, Millions is filled with regret for the shame his past exploits that brought him ill-gotten wealth has caused his mother who is on sick bed in Sapele, Delta State.

After his spectacular robberies, he would travel back to Warri to relax with his family: “When I get home, I sit down with my family and think. I don’t go out to clubs or show myself outside. That was the mistake Kelly Foto made. He was spending money at a party when the government had not paid us amnesty allowance. From there, he was caught.”

Millions claimed that he was a member of three churches in Warri, where he regularly paid tithe. He further disclosed that at the end of 2015, he sowed seeds of N5000 in each of the churches as a way of asking God to forgive him for his sins and involvement in the robberies that took place at Ikorodu, Festac and Agbara.