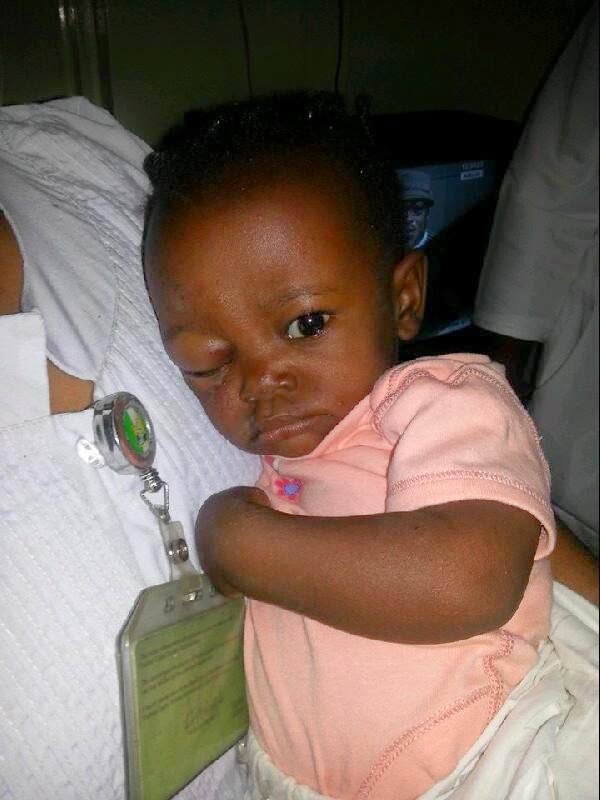 24 hours after a brutal bomb explosion attack in Nyanya, a suburb of Abuja city, a miracle baby has been discovered.

The 10-month-old baby girl simply identified as Goodness was a survivor of the bomb tragedy. She was rescued from the scene of the blast untouched with the exception of a swollen eye which is being treated by the doctors.

“I cannot remember [how I got here]. I only saw myself on the ground, turning and turning. Then someone came and removed the baby.”  Gloria said.
Plans were already underway to transfer the baby to Wuse to join her mother.
“I’m feeling better, Many have died, but I am alive. I give glory to God,” said Gloria

May the souls of the victims rest in perfect peace (amen).