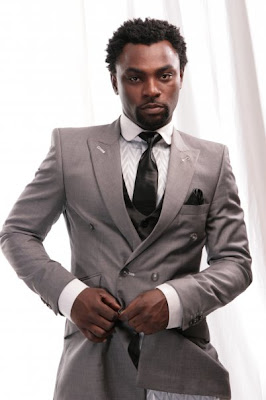 Nigerian singer Paschal Uche Ejikeme aka Etcetera in an opinion article he shared on Facebook few hours ago blamed popular Nigerian celebrities like Genevieve Nnaji, Akipawpaw, Don Jazzy, Onyeka Onwenu and others for playing part in the bomb explosion that rocked Abuja yesterday.

He blamed them for rubbing shoulders with Naija politicians

Can you please tell them that there has been a bomb blast in Nyanya? Can you include pictures of the mutilated bodies? Please don’t forget to tell them that most of the dead might have been lovers of their music and movies and cheered them in every concert and football matches they played both at club level and the national team. Tell them that their CDs and Movies were bought by those dead fans for inspiration and because they wanted to feel alive and ease off the daily tensions faced everyday in this country.” He wrote

Justifying his point, he further wrote “That the Jingles done by Dbanj, Don Jazzy, Sammy Okposo, Onyeka Onwenu and other entertainers might have convinced some of those who have died in different Boko Haram raids or bad roads or lack of proper healthcare facilities to vote for politicians who have failed them in all ramifications? The same politicians that failed to protect the lives of those shredded bodies in Nyanya? That some of the dead fans in Nyanya might have even spent their little earnings to attend their concerts in Abuja and environs? Have you as an entertainer ever sat down to reflect on the fact that each time we give our voices to enhance the career of these politicians knowing they mean no good for this country that we are bringing more hardship and even death to our fans?

“Why devote precious hours in the studio composing songs asking your fans to vote for politicians whose past stinks more than the dustbin at Ojota?
“How do you feel listening to those songs today knowing that Mr. Politician failed you and your die-hard fans? Can you give back those millions to bring back the lives of those dead fans in Nyanya, Jos, Maiduguri, Agatu in Benue? I guess not, because frolicking with the devil makes u perpetually his.

2015 is around the corner. Many of us entertainers will be called upon to do jingles, attend rallies wearing branded T-shirts in support of these same politicians. Millions of naira would be paid to your bank accounts. Thousands of bottles of MOET will be popped for you to feel good at different rally points while you convince your fans to join the bandwagon as part of the special few who voted for change.

Right now, some of us entertainers must be licking our lips in anticipation of the naira windfall come 2015. Let your conscience be your pilot. That is if you have one. May the souls of those fans who have died because of insecurity and corruption haunt every entertainer who refuses to repent from selling his or her talent for money at the expense of a better Nigeria.

And may the souls of all our faithfully departed fans REST IN PEACE. Amen!”

What do you think about his claim: True or False