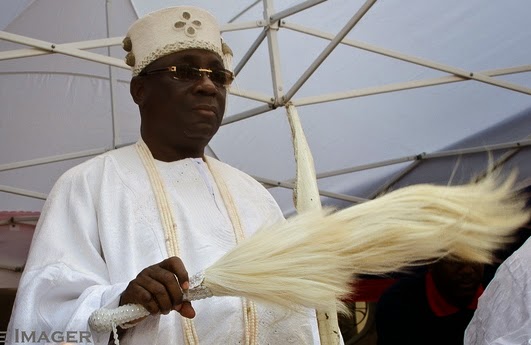 May 11, 2015 – Oba Rilwanu Akiolu Demands Respect From Igbos Living In Lagos, Says Lagosians Are The Most Accommodating In Nigeria

The popular royal Eko royal father, Oba Rilwan Akiolu has once again revisited the viral comments he made about the Ndigbo people living in Lagos few weeks ago.

While responding to the alleged threat he made to the Igbos, the controversial monarch said non-indegenes in Lagos must learn to pay due respect to their host adding that he had no ill feelings towards the Igbo people.

“Eze Odimegwu, who is a former CEO of Nigerian Breweries, is still my best friend as well as many others. The Obi of Onitsha came to visit me here a few days ago. When you go to a place, you have to respect the host leaders, particularly the traditional leaders there because you are coming to benefit from their success. The people of Lagos are the friendliest and most accommodating people in Nigeria.”