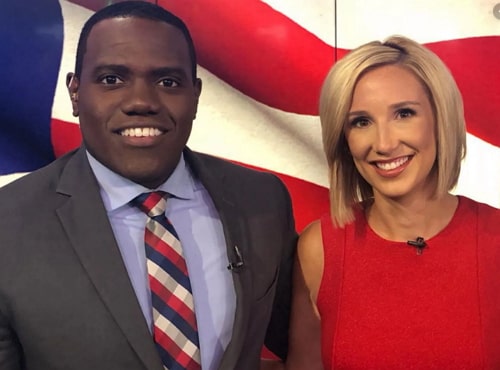 A US TV anchor has tendered an apology for comparing her black co-host to a gorilla live on air.

Alex Housden, a presenter of the KOCO-5 morning news programme in Oklahoma, made the comment to her colleague Jason Hackett as the show played a clip of a baby gorilla, saying the animal “kind of looks like you”.

She was visibly upset as she apologised for the comment the following day, with Mr Hackett sat next to her.

“I said something yesterday that was inconsiderate, it was inappropriate, and I hurt people,” Ms Housden said, adding that she understood she had hurt people “out there” as well as Mr Hackett, who she described as one of her best friends.

Ms Housden had made the remark as the pair introduced a segment on the programme about an ape caretaker who had taken over the social media accounts of Oklahoma City Zoo.

Mr Hackett told Ms Housden that he accepted her apology and considered her a good friend, but said he wanted the incident to be a “teachable moment” and that “words matter”.

“We have to find a way to replace those words with love and words of affirmation as well.”

Some have called for Ms Housden to be fired from her job at the TV station.