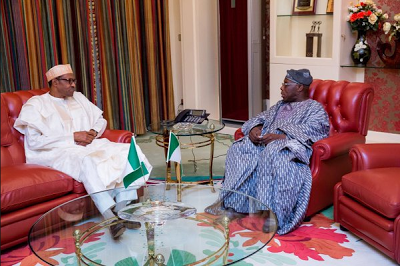 Obasanjo who was accompanied to the State House by one of his daughters rocked a blue Agbada. He was driven into the Presidential quarters around 12:54 today in a black SUV with registration number ABJ425 PY.

He said the only way out of the mess is to elect men of integrity into the office.

Let’s Get Personal: Thanks For Your Comments & Suggestions… We Are Working
Bimbo Thomas Names Baby After Senator Ajadi, Insiders Expose Baby Father