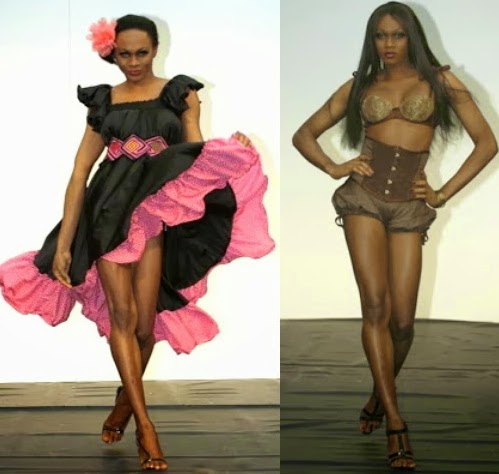 Oche Clifford is not an hermaphrodite. I know Clifford Oche way back in Benue State University. I was in Linguistic department and lived off campus in the same compound with him. I know of his secret homosexual activities & the numerous visits from his lovers including a white male lover who he usually communicated with on a dating site and even met up with at an hotel twice before he eventually secured his visa to travel out of the country without completing his Mass communication course. 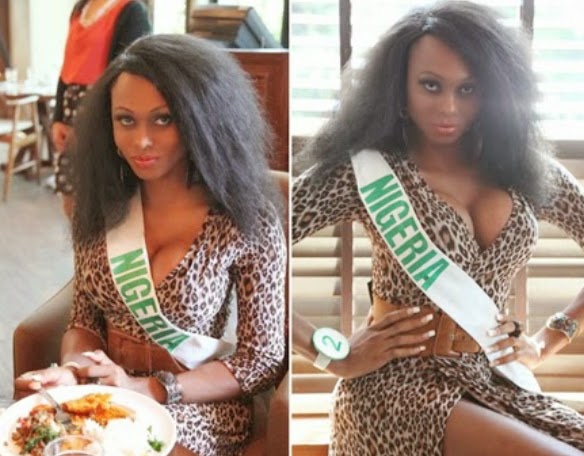 I was even among the only heterosexual guys who’s ever seen his manh***d! The gay f*** used to stay in the boys hostel but was always fond of hiding to take his bath before or after we guys take ours. sometimes the Id***t would observe us take our bath and leave before he get to take his. Then I used to stay on campus in my 2nd year so a couple of us guys got together out of curiosity because the gay rumours long circulating and some of us that were beginning to suspect he might have a female organ intercepted Clifford on his way into the bathroom, tore his towel off and to our shock saw a huge erected banana. God knows what he had on his mind. He squealed and hurriedly grabbed his towel back before rushing back to his room. So I can confidently confirm to you all that that gay ***** is not a hermaphrodite as you’ve been misinformed by your ignorant friends. Clifford Oche moved out of the boys hostel 2 weeks later and 3 months after, I moved to a self contain off campus only to discover Clifford was one of my neighbours and that was when my suspicion was confirmed.

He had one particular older man who usually sneak into his own section late at night and left very early before the rest of the compound woke. I confronted him along with some of the neighbours but he usually deny it but I have seen the suspicious sneaking around and gay activities/parties. I even almost strangl** him one day when he attempted some hidden gay green light towards me. He never dare try that funny stunt with me since that day, good for him else I was prepared to C**OFFHISFU*KINGDI**K. That guy is gay and twisted better know it today! I bet the id**t possibly got tired of his torn anus and opted for the operation cos he has always had stack of tissues in his rooms and was said to use them to cover up his assh***. That explains the stack of cheap body sprays and that awful smell around him.

What a disgrace to his family! Smuff! The real Clifford Oche is a flat ass*d skinny, flat chested, dry looking *** of a smelly chicken whose tongue is as sharp as razor. What you get to see in print is fake! All that miss sahara bullish*t is from the pit of hell cos he used to act possessed too and had a slight mental issue. You guys on his side know nothing of the real Clifford R Oche we know.

The views expressed in this article are the author’s own and do not reflect the editorial policy of NaijaGists.com.

My Husband Lied To Me That He Has Never Married B4..I Found Out After Baby Delivery.. What Should I Do?
Halima Abubakar Paid N2M As Wedding MC In Ikoyi Lagos