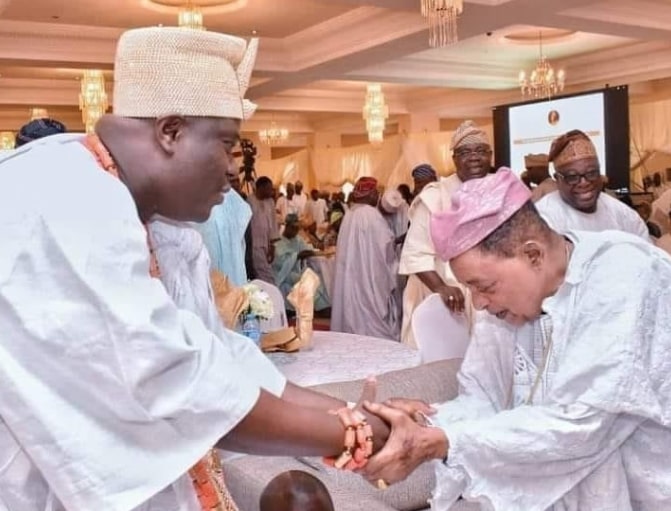 A popular advocate for the Yoruba nation recently said that Yoruba nation will not run a Presidential system of government, but will run as a monarchy. He said, “Yoruba nation wants monarchy like England and Spain”.

Okay, if the Yoruba nation wants a monarchy system of rule, who will be the King? Who will become the sovereign monarch? Where will the kingdom be? Is it the OOni of Ife or the Alaafin of Oyo? Won’t the Awujale of Ijebuland or the Alake of Egbaland want the right to the stool? Where will you put the Orangun of Ila who also is a direct descendant of Oduduwa?

In Yoruba land, if you want the Alaafin of Oyo to become the supreme monarch, do you think Ooni of Ife will agree to that? If you would rather make the Ooni of Ife the paramount leader in Yoruba land, do you think that the Alaafin will just let go without a fight? Even within Osun state, there are communities and towns around Ife who refuse to submit to the reign of the Ooni of Ife. Such people making this claim as a ground for Oduduwa independence have obviously not given a lot of thought to that claim. One blessing of a United Nigeria that we often don’t give much thought to is the fact that the federal government is a powerful deterrent for a lot of excesses. If not for the federal government I can only imagine the type of schisms that could have been taking place among the Yoruba little kingdoms.

It is very absurd that Yorubas want to secede from Nigeria. Knowing that Hausas and Fulanis are separate tribes and should not be lumped together, what tribe is the most populous in Nigeria? There you have it; the Yorubas. Yoruba is the single most populous tribe in Nigeria.

From this statistics Yoruba is the core of the Nigerian federation, why are Yorubas complaining when they form the single majority within Nigeria? What is the difference between Nigeria and the Yorubas? By population and access to education, Yorubas have more opportunities than other tribes. Do we have some of their challenges? Yes. But they have some of our own challenges too, that is the beauty that makes us a nation and a brotherhood.

The argument that Yorubas want to leave Nigeria because of bad political leadership is not quite tenable. With the facts of Nigeria’s past leaders that I have presented previously, and keeping in mind that Hausa is a different tribe from the Fulanis, the Yorubas have been the main political leaders in Nigeria since independence. The Yorubas have led Nigeria for at least 12 years, more than any other tribe in Nigeria. Though we have 371 tribes and nationalities in Nigeria.

We may not have had more people in the presidency apart from Olusegun Obasanjo and Ernest Shonekan, but together, they have spent more years in the Presidency as Yorubas than any other tribe. If Yorubas want good leadership, it is not by creating a new name or geographical expression, it is by consciously building leadership capacity and a structure of values in our people.

There is a big problem when we see separation or restructuring as the universal panacea which will instantly remove all our problems. Sorry for my language but that is stupidity, that is foolishness. Because there is no visible change in the content of character of those living in those locations before or after. Only a changed people can build a strong nation. There is no wisdom in just cutting yourself away from people who are going to build your bridges, farmers who will provide your food, regions that will give you resources to bolster the economy etc. If the Yoruba nation boasts to have such professionals in abundance, the question is where are those professionals now? Why is their impact not being felt by the entire nation or even in the Southwest? Why does Nigeria and Southwest still have the problems that exist? Why is it that most commerce in Southwest is in the hands of Igbos, why is it that most of the food we eat comes from the North?

We are going through same process over and over again without learning much. Before Nigeria was independent, Nigerians were asking for independence. They thought independence was the final solution to all of their problems. They thought independence will take away the foreigners and leave us with full resource control. How well have we fared since then? Some Nigerians today are rather looking back to the days when colonialists provided education, healthcare and social amenities with nostalgia. For some Nigerians, they would rather go back to those days than endure the current harsh realities in Nigeria. They realized too late that Independence without responsibility is worse than bondage. Without responsibility, independence becomes a burden, a problem and an affliction.

I’m afraid that those who are calling for Oduduwa Republic are mostly interested in power, they want more power than they presently have in Nigeria, they think they’ll have more power over the economy of their region, they want to control things by themselves. The few elites want to have total dominance over the region, it’s going to be oppression continua. Chief Obafemi Awolowo saw this danger in his lifetime and warned all of us to beware of such hunger for power. This fight for power will definitely continue even if we get Oduduwa Republic, especially among the kings and royalties. They’ll fight about who becomes the ministers, they’ll fight over who controls the economy, they’ll fight over where the capital city will be. The fight for power is a fight for supremacy, the Oyo will want to prove superiority over Ibadan, while Egba will like to show supremacy over the Ijebu, etc. People love power, not only the Fulanis or Hausas, all people love power and they’ll not be willing to give it up for any cause. So the problem we are running away from in Nigeria we definitely will find in Oduduwa or any other republics we create. Let’s rather learn to manage our affairs as a United Nigeria rather than creating more additional problems for ourselves.

Nigeria: Secession Not The Solution, It Will Only Destroy All Of Us
Yorubas Are Not Marginalized Neither Is Any Tribe In Nigeria