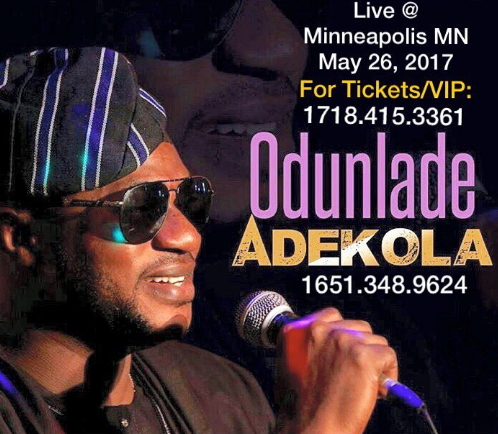 Popular Nollywood actor Odunlade Adekola is set to embark on his first tour of the United States of America.

He will be hosting the upcoming Festival of Arts in 7 major US cities.

Come Friday the 19th of May 2017, the handsome actor will host the Festival Of Arts in New York at 8pm 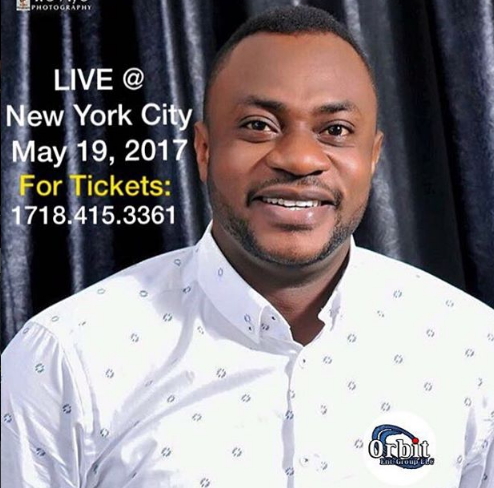 His next stop is Maryland.

Join him on Sunday the 21st of May 2017 at Hampton Conference Center in Capitol Heights, Maryland from  4pm to 10pm.

His third stop will be Minnesota.

On Saturday the 27th of May 2017, Odunlade will be in Indianapolis Indiana.

On Friday the 2nd of June 2017, Odunlade will be in Houston Texas

See the flyer below for the dates. 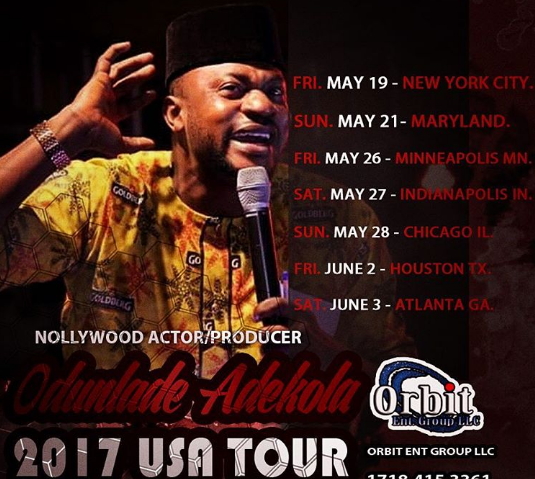