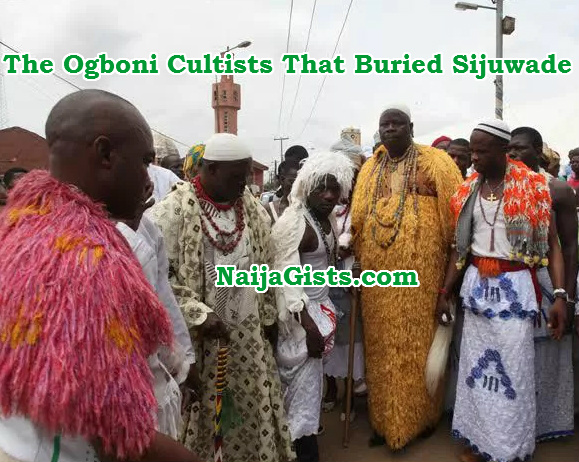 No Lying In State Permitted For Sijuwade, As Isoro Cultists Seized His Coffin

However his family members and guests were not allowed to see his corpse nor move near his coffin which was kept secretly by his fellow Ogboni fraternity members.

Those who expected to see the body of the late monarch lie in state were very disappointed as his casket wasn’t displayed during the burial ceremony yesterday.

The palace gate was locked in order to prevent unauthorized entry into the palace. A palace source said nobody can see the monarch except the initiates who will bury him at midnight. 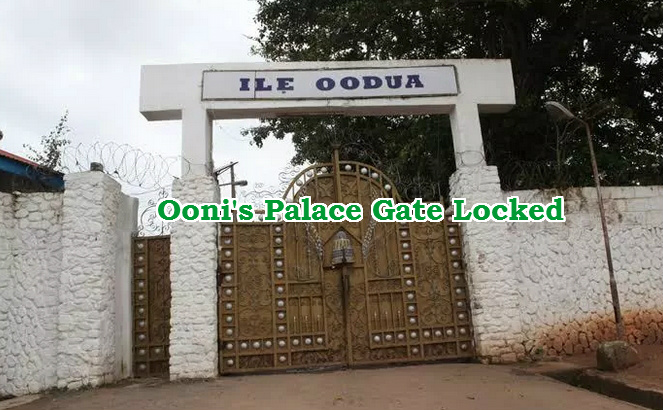 “The wives and children were not even supposed to see his corpse at all but tradition was broken this time around because he (Sijuwade) died in London. But no family member can see him again. Those performing the rites are there now and they will complete it today (Friday). He will be buried in the middle of the night by the Isoro (ogboni) cultists and those fortified to lower his casket to the grave”

Another monarch in Osun State who requested anonymity said the moment Ooni dies, his corpse has become the property of his fellow Ogboni cultists and they will do as they please.

The monarch said, “Nobody can see the Ooni, not even the US President, Barrack Obama. We are with him. It’s only the initiates who can see him. His wives and children cannot see him.”

Another source who was among the Ife residents locked outside the palace gate said Sijuwade’s burial must be made secret because the Abobaku (man to be buried alive with the king) will be silenced (killed by spiritual means) near his grave and it is only the Awos (initiates) who have the heart to witness it.