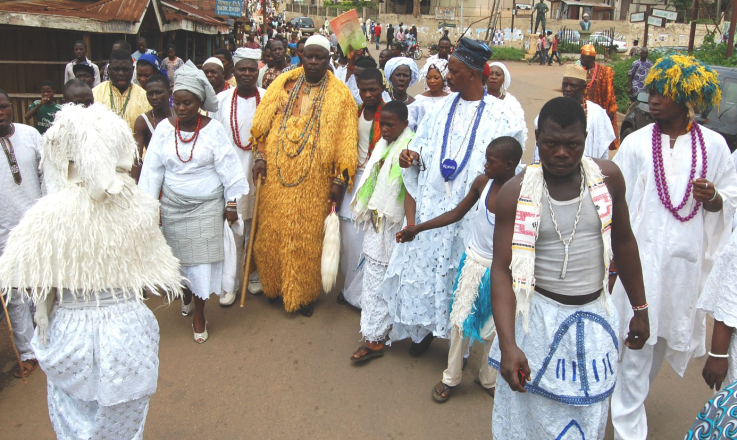 Members of the Iledi, a group of traditionalists, have begun rituals to appease the gods over the way the death of Ooni of Ife, Oba Okunade Sijuwade, the Olubuse II, was announced.

Sources within the Ogboni Ibile (Iledi Ooni) said that the announcement on social and traditional media broke traditional protocol.

They noted that the development could attract the wrath of the gods, hence the need to appease them to prevent calamities.

Sources revealed that the remains of Oba Sijuwade were committed to mother earth on Friday night, hours after an inter-religious service for the late monarch.

Christians, Muslims and the traditionalists participated in the inter-religious service held at Enuwa Square, opposite the palace otherwise known as Ile Oodua.

According to the palace sources, the body was buried after several traditional rites had been concluded.

The sources also revealed that people expecting a public burial for Oba Sijuwade were disappointed because “Ooni is not an ordinary individual, whose burial is done without rituals and ceremonies.

The members of the Iledi added that the burial rites on Oba Sijuwade’s body was done in 201 shrines before it was buried.

It was learnt that Oba Sijuwade’s successor would also pass through the 201 rites before being crowned the next Ooni.

Iledi Ooni is the group of traditional Ogboni, that works with the Ooni, offering wise counsels from the traditional point of view.

The group used to serve as the Supreme Court in the old days before modernity brought democracy and its institutions.

Members of the Sijuwade’s family have moved out of the palace with their property, leaving the palace free.

[Reported By Adesoji Adeniyi, The Nation]