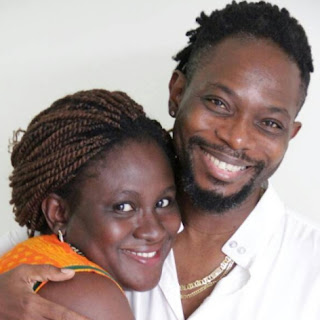 There is unrest in the family of late music producer OJB Jezreel as his aged father, Chief Anthony Okungbowa has ordered his son’s widow and eldest wife, Mabel to vacate the house, claiming that the land on which the house was built belongs to him.

Mabel has been forced to place a caveat that reads: “This House is Not for Sale” on the premises holding a four-bedroom flat bungalow and a duplex in Surulere area of Lagos.

OJB’s two other wives had since vacated the house leaving Mabel, the one who donated kidney to OJB. She has two kids with OJB namely Ayokunle, who recently graduated from the University of Lagos and Tolani who’s a student of Olabisi Onabanjo University, Ogun State.

Okungbowa’s argument is that the land upon which OJB’s mother, Isabella Abiodun Okungbowa (nee Pinheiro) built the house belongs to him. OJB later inherited the property after his mother’s death. He renovated it and housed his three wives and children in the property until June 14, 2016 when he died of renal failure.

Family sources revealed that Mabel now has the support of OJB’s friends and colleagues and that she also enjoys the total backing of her pastor at the Redeemed Christian Church of God, Grace Chapel, in Surulere, who is a lawyer.