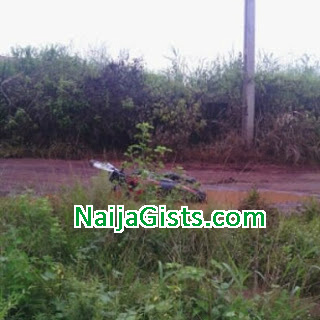 A frustrated motorcycle rider has terminated his own life in Ijebu Igbo area of Ogun State.

The victim who reportedly got injured in a tragic accident back in May was said to be dependent on his wife because of his inability to drive his motorcycle.

It was learnt that 45-year-old Monday Onoja expressed dissatisfaction with his life the previous day and threatened to kill himself.

Efforts by his wife, Esther, and a relative to make the Benue State indigene change his mind reportedly proved abortive.

The victim was reported to have woken up early and hanged himself in his room.

The corpse of the motorcycle rider was discovered around 8am at the victim’s residence on Ogunnaya Street, Ojowo, Ijebu-Igbo.

He is survived by 5 children and a wife.