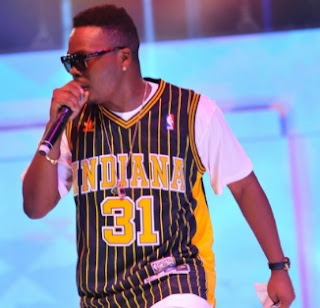 If you want to destroy a generation of youths, lower their role models and references! When the standards that youths and children look up to are lowered, the children will undoubtedly grow up to live inferior lives. There has been a progressive dearth and downfall of role models worthy as references to the Nigerian youths. The pertinent question to ask at this challenging times is this: ARE NIGERIAN ARTISTS TRULY ROLE MODELS TO THE YOUTHS?

Gone are the days when youths truly look up to people of great virtues and values as references! Instead of the entertainment industry to engineer a real revolution that will usher in the next generation, it has become a platform only for a ‘thousand laugh’ and morally deficit songs. Today we have many youths with ‘entertainment value’ but no intellectual value.

I am a firm believer in the fact that it is possible to entertain the youths in an educative way. Ignacio Estrada, a ventriloquist, motivator and educational consultant, once said, “If a child can’t learn the way we teach, maybe we should teach the way they learn”. We must face that fact that the youths of nowadays learn mostly from the entertainment industry and this is the more reason why I have decided to be a non-apologetic alarmist on the content and messages that the Nigerians artist are ‘feeding’ the youths with.

There is a trending song by Olamide called “Science Students’ that has created some moral controversies among the youths in the past few week. At a time when drug abuse has become a common place among the youths, we need a very clear and unambiguous message from Nigerian artist against this unholy trend.

Though Olamide has explained severally that his latest smash hit song “Science Students” is aimed at fighting drug abuse, the Nigerian Broadcasting Corporation (NBC) has slammed a Not-To-Be-Broadcast (NTTB) warning on the hit song. NBC proscribed the song from being broadcast on all radio and television stations.  The song was not out-rightly banned but prohibited from being played on local stations for public consumption. The song’s subtle promotion and profligate mention of illegal drugs were the main reason for declaring it unlawful. NBC believed that the song will encourage youths to get involved in drugs! At this juncture, I really want to salute this step taken by the corporation as it assures that NBC can still be looked upon as a fair umpire.

Olamide mentioned the use of prohibited drugs and illicit substances such as Monkey tail, Skushi, Shisha, Alomoterming, referring to those who use and mix them as Science Students. This classical attribution follows what science students do in the laboratory, which is mixing chemicals. If truth be told, this attribution is uncalled for as it will give a lopsided image of students in the Sciences!

Dear Mr Olamide, I really admire how you have grown over the years to hold the youths spell bound. Do you know that there is a great campaign for STEM in the world presently? The song ‘Science Student’ could have been used to propagate this campaign. You could have used this song to inspire more youths to go into the field of science, but rather you gave them a distorted message in your song! Your song is an insult to ‘science students’, but it is appalling to know that these vulnerable youths have so much lost themselves in the euphoria of just listening to your voice. They seldom scrutinize the contents as they’ve been ‘charmed’ by your groovy songs.

I listened to an interview that Olamide granted on the controversial song where he alluded to the fact that he wanted to give his fans something groovy, but Mr Olamide, the truth is that the youths don’t really need something groovy; they actually need to be groomed! The interview looks more like an afterthought as I see Olamide’s responses more of a defence as he could not intellectually clarify the controversies generated through the song. The Nigerian artists must begin to communicate to the youths with clarity and intellectual depth.

I remember with deep sense of nostalgia those optimistic and patriotic songs that instill a sense of strong belief in Nigeria in me back in the 70’s and 80’s when we were growing up. These songs became part of my formative years, and they so much molded my growing up to love Nigeria strongly.

Singers like Funmi Adams (Nigeria, my beloved country), Onyeka Onwenu (One Love), Evi-Edna Ogholi (Message To the Youth, There is No Place like Home), Mike Okri (Time Na Money), Sunny Okosun (Which Way Nigeria), Veno Marioghae (Nigeria Go Survive), Christy Essien Igbokwe(Seun Rere, Let’s Change The System, Saboteurs), and Stella Monye were all unrepentant in their audacious belief in a better Nigeria. They sang it even when it was not yet obvious to them; they watered the nation with revolutionary songs. They were all ardent believers in a new Nigeria. Onyeka Onwenu’s latest effort titled, “Inspiration for Change,” focuses on the need for an attitudinal turn-around in Nigeria.

Today, it is poignant to note that we now have artists that have thrown caution to the winds and are using their influence to raise a generation of nonchalant, rebellious, and pessimistic youths. Some years ago, an artist sang a song that rented the air with the catchy words- Nigeria jagajaga. Today, the same artist has gone into oblivion; such is the fate of his kind. I know things have changed in the music industry for the past decades and I don’t expect us to still be old schooled but the content must never be trivialized.

I want to recommend to all these artist: Davido, Phyno, Olamide, Marvin crew, Whiz kid etc. I believe you people need an image builder, a content evaluator and probably a youth specialist that can help you empower the youth through your songs. We need artists that are renewed thinkers!

Most artists have thrown caution to the wind as the content of their songs now revolve around nudities, quick wealth, violence, drugs, and a false sense of utopia. We need songs that are inspirational, and not the ones that advances the ostentatious display of wealth and nudities. The songs that we have around now have become a mini-pornography haven and resort for the youths.

There are various questions to ask before artists release their songs: What is the moral lesson in the song? What positive message is being preached? What kind of value is being projected? What message of hope and legacy are we leaving behind? What kind of virtue can the youths pick from the song?

We need to encourage Nigerian artists to be tools for effecting change! As a youth advocate and enthusiast, I am worried about the way the entertainment industry is encroaching on the sanity of the youths. With concerted efforts, the entertainment industry can be used as a veritable tool to engineer positive change among the Nigerian youths. It is appalling to know that the artists that many of our youths are looking up to do not possess the virtues and values that are sacrosanct to youth development.

Who will teach the youngsters values? Is it the Nigerian artists? With the evolution of morally bankrupt and deficit songs, styles and trends like twerking, skelewu,etc. I doubt it! We’ve had enough of songs that are inimical to youth empowerment and development.

The Nigerian artists must come together to fight this debilitating trend among themselves; they should take the challenge of investing positively in the Nigerian youth through their songs. I believe that a national form of re-orientation needs to be done for these artists to know that their fans are almost 95% of youths!

John Wooden said, “Being a role model is the most powerful form of educating”. I want to reach out to the Nigerian artists: Please, be the role model you needed when you were younger!

QUOTE OF THE WEEK: “If you want to destroy a generation of youths, lower their role models and references”-Gbenga Adebambo