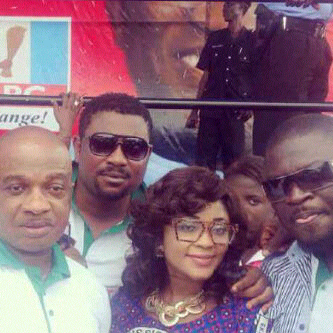 Nollywood celebrities have joined the ongoing political campaign to vote the present Governor of Ekiti state, Kayode Fayemi back to office.

Entertainment insiders said the Nollywood stars got paid hugely for the campaign that held yesterday.