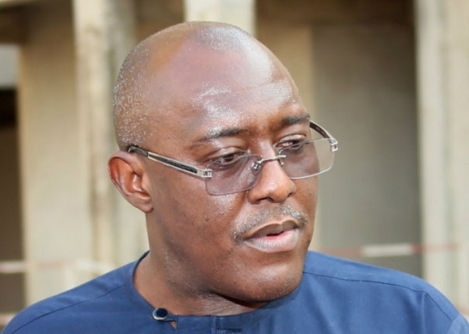 EFCC Chairman Ibrahim Magu, has declared that the war against corruption has just begun.

He stated this Monday during an interactive session with online journalists in Lagos, southwest Nigeria.
According to Magu, nothing will be left to chance in bringing corrupt elements to justice, whether the persons are highly placed or not, adding that the extent of the looting of the nation’s treasury was mind numbing.

On whether former president Goodluck Jonathan would be invited over the Dasuki arms scandal, he said Jonathan has not been invited because memos and documents regarding the disbursement of the $2.1 billion indicate that the money wasn’t spent for the purpose it was meant, adding that the money was not approved for political campaign.

He said Jafar Isa who was arrested recently for receiving N170 million from former National Security Adviser, Col. Sambo Dasuki (retd), has refunded N100 million and signed an undertaking to refund the balance.

He said in spite of the refund, Isa would still be prosecuted.
Magu also said Olisa Metuh, the National Publicity Secretary of the opposition Peoples Democratic Party, PDP, said he would rather go on hunger strike than refund the N400 million he allegedly collected from Dasuki.

At the event it was also revealed that Patrick Akpobolokemi, former boss of Nigerian Maritime Administration and Safety Agency, NIMASA, was re-arrested recently outside the Federal High Court in Ikoyi, Lagos, after new evidences of alleged embezzlement of N34.5 billion and another N600 million were linked to him when he was in charge of the maritime agency.

He was said to have jumped bail and the lawyer who stood surety for him had to be arrested in his place until his rearrest outside the court in Lagos after he resisted their directives to return with them to the EFCC office.

Magu said it was most unfortrunate for anyone to say that the war aginst graft was selective, adding that his agency is not teleguided in the ongoing anti-corruption fight.
He said EFCC cases drag in court because of many cour applications, adding that “when a politician steals N10 billion, he keeps N5 billion for litigation. He hires Senior Advocates of Nigeria (SANs). Judges accuse us of not conducting thorough investigation in order to compromise.”

He said the anti-corruption war was a collective war and advised the media to join EFCC to fight the war whose victory would be for the benefit of the next generation.