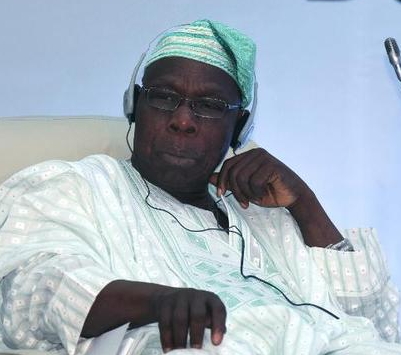 Ex-President Obasanjo has proved FRSC wrong, the Elder stateman released a press statement narrating how he escaped death on Lagos-Ibadan expressway on Saturday.

The office also wishes to confirm, that yesterday Saturday, October 24, 2015, H.E. President Olusegun Obasanjo was indeed involved in an incident on the Ibadan-Lagos Expressway, after Sagamu roundabout, while he was on his way to join in the celebrations of the 80th birthday anniversary of Chief Kessington Adebutu in Tinubu Methodist Church Lagos.

The vehicle, he was traveling in suffered a burst left tire at the rear and swerved several times but did not hit any curb or any car in front or behind until it did an 180-degree turn and faced where it was coming from, and he had to change vehicles.
President Olusegun Obasanjo wishes to convey his deep appreciation to all those, who by way of calls, personal messages and prayers, and indeed members of the general public, who have shown overwhelming concern about his welfare.