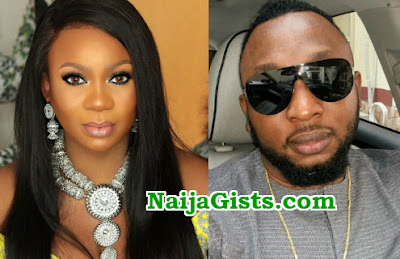 Nollywood Actress, Oma Nnadi who married her Malaysia-based heartrob in her hometown in Imo state few days ago has revealed why she never believe her relationship with Noni Enem which started as a joke will up in marriage.

“I never saw this coming. It all started as a joke and here we are today married and happy. I’m so excited and thankful to God for making it happen,” the actress gushed.

Meanwhile, her detractors are now claiming that the man is 3 years younger than her.

Here is how her man proposed to her during a boat cruise in Paris last year June.