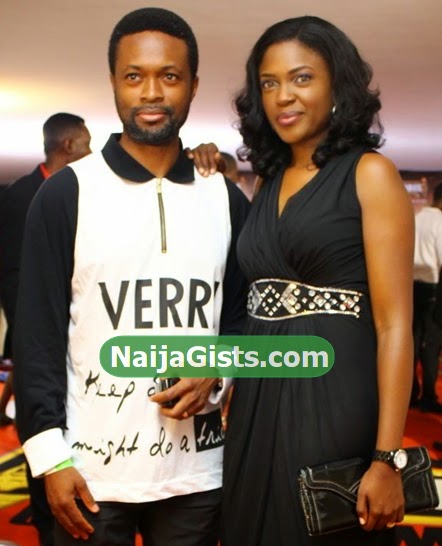 Interviewer: You have been long in the business of marriage, what are the things that you do to spice it up.

Interviewer: What was the attraction in the first place?

Omoni: For me personally I think I fell in love with the way he loved me. He loved me unconditionally. I know it is difficult for you to think that a person loves another unconditionally but he actually did. There were certain things that I would do, even before we got married and I would think that nobody would take them but then, he would just be like, ‘it’s okay as long as it’s you’ and I would be like wow! How could anyone love somebody this way? Are you serious? That was it for me.

Interviewer: What was the most important thing you considered before saying yes?

Omoni: There were so many things. First of all, are you guys on the same phase spiritually? It’s important. He should be at least close to you or somewhere around your neighbourhood spiritually and then, what are his future plans? Are they in line with your future plans? This is important because that can also hurt the relationship if in the future he wants to do this and it is absolutely not in your plans at all; it could become an issue. 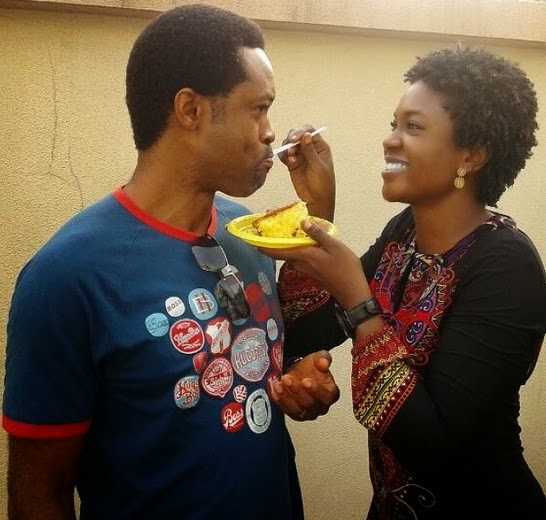 Interviewer: How have you managed to keep trim?

Omoni: Diet and fitness. I am not a fat person but after my last child I was like three or four sizes bigger than this so I started exercising and eating right.

Interviewer: Can you share some of those diet tips with us?

Omoni:Just eat right; do a lot of fruits and veggies. Eat fewer carbohydrates and when you eat carbohydrate, eat the complex ones because those ones are not as fattening as the regular ones. Eat lots of fibre rich food because it’s good for your metabolism and then exercise. It’s simply science. If you have less food and more exercise, it equals weight loss unless you have an underlying medical condition; so more activity and less food equals weight loss.

Interviewer: Tell us a bit about growing up?

Omoni: Growing up was interesting. I grew up with my mum and my sister. I didn’t grow up with a silver spoon. My mum was at that time working at Delta Steel Company. She was a teacher so it’s not as if she had money but then we had access to some things. We had the best schools and the best hospitals. We were in those guest houses with swimming pools. Even though we didn’t have money at all I was exposed to certain things. My school had a great library so I developed reading habits. I didn’t travel out of the country until I was an adult. I wasn’t born with a silver spoon but I had a lot of privileges because of where my mum worked.

Interviewer: How about daddy?

Omoni: My parents were separated. My dad only came on visits.

Interviewer: Coming from such a background, one wouldn’t expect you to have this resolve to stay married?

Omoni: Because of my parent’s separation I said to myself when I was really young that I would guard my marriage jealously. I don’t want my kids to grow up in a broken home. People used to say that kids from broken homes don’t make good marriages and I didn’t want to be a part of the statistics.

Interviewer: Were you the only child?

Omoni: We are two, I have a sister. But my dad has other kids.

Interviewer: And you know them?

Omoni: We have a great relationship; we don’t have any issues. We shot part of the movie in Asaba where my dad lives. My dad was the one that fed us throughout the time there. I mean the entire cast, crew and everybody on the project. We were cooking from my dad’s house every single day. He gave us a bus, cars and transportation; dad was incredible!