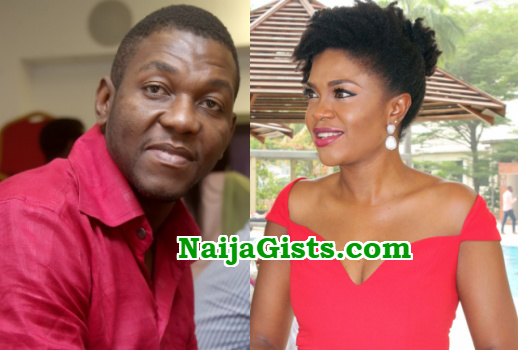 Popular Nigerian actress and filmmaker is under fire for allegedly stealing the script of her upcoming movie, Okafor’s Law.

Canada-based  script writer Jude Idada accused Omoni of producing a movie from his script without giving him the due credit.

Jude Idada this week dragged Omoni to court to seek an injunction to stop her from releasing the movie already scheduled to start showing in cinemas from March 31st, 2017.

Justice I.N Buba of the Federal High Court in Ikoyi Lagos on Friday served the actress an order to stop the premiere of the movie until the copyright infringement case is settled in court.