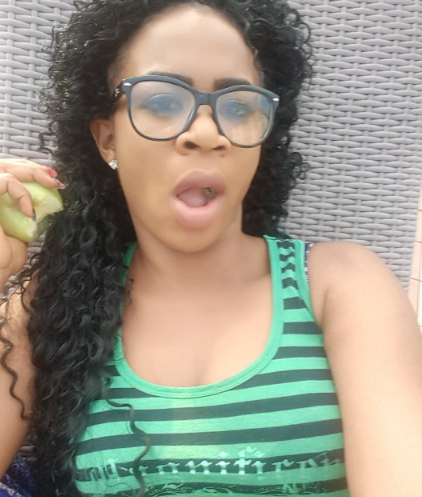 Today, the nollywood and the pageantry industries have become an all-comers affair. Every Tom, Dick and Harry is an actress, a movie producer or an organizer of beauty pageantry. What a shame?

A lot of dust and frictions are currently being raised by past and reigning beauty queens over a controversial nollywood actress, Joy Anyim, who fraudulently claimed she has won the Miss Nigeria crown on three occasions. On her Instagram, Facebook and Whatsapp pages, Joy Anyim, in addition to the aforesaid, went further to mischievously claim that she is a graduate of Guidance and Counselling and that she is a recipient of twelve awards.

Ironically, these lies earned Joy Anyim the position of a judge in the just concluded “Miss Teen Nigeria” held on 12th March at the Jabita Intercontinental Hotel, Lagos. Is this what beauty pageantry has come to in this country?

The queens are now particularly irked by Joy ‘s lies over her non-existent University degrees or twelve awards, they want her to come out clear on the years, the organizers, the venues, and the names of her other contestants when she won these acclaimed crowns.

They have also threatened to sue her if she fails to oblige to their simple request; as her aim is likely going to put their hard earned crowns into disrepute.
The social media is no stranger to Joy Anyim’s controversies and desperation for stardom. The Uyo based “star” has in the last three years lost two husbands for alleged involvement in multiple romantic flings with her male counterparts in the movie industry; aimed at being given a role. She is currently standing trial in Magistrate Court 6, Uyo for stealing. 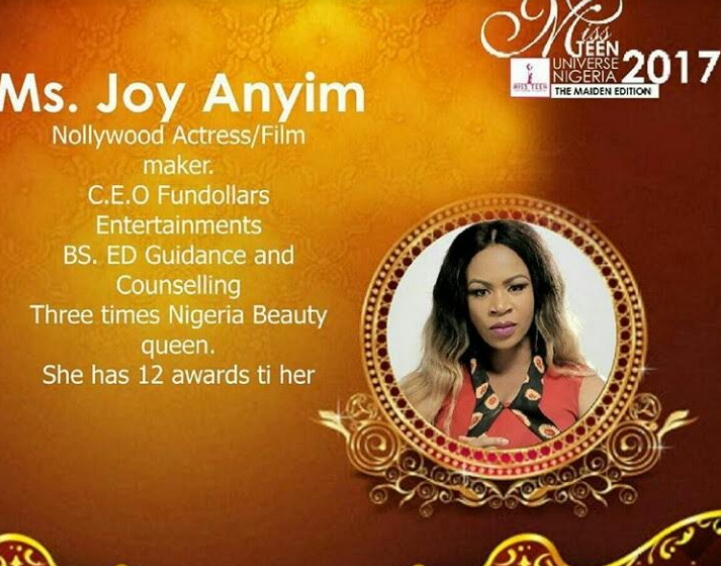 Further inquest into her posted resume reveals that she has never been a beauty queen nor run a modelling firm in her entire life. Her current posts are only fronted to dupe and reap off unsuspecting youngsters who might want to take up a career in the beauty and modelling industry. A visit to the University of Uyo, where Joy claims to have graduated from reveals that Joy dropped out of the school two years ago and was never granted a certificate of graduation. 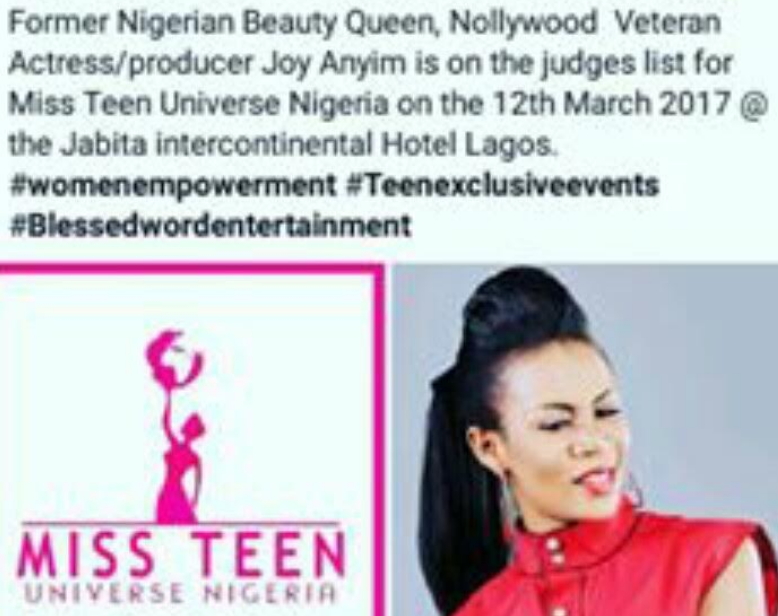 Potential applicants should therefore be wary of Joy Anyim’s TRAP and stay clear of this SCAM and the relevant security agencies and pageantry organizers should be up in their game to save the industry from dubious elements like JOY ANYIM.