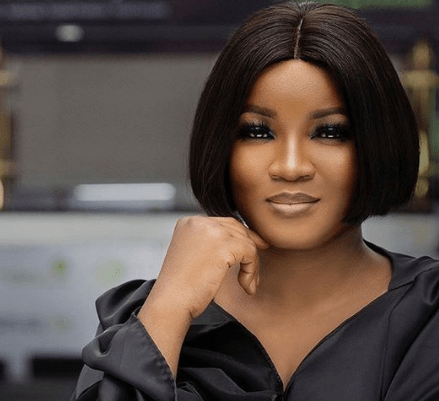 Top Nigerian actress Omotola Jalade-Ekeinde, has taken to the social media to celebrate her 25th year on stage

The versatile actress expressed her joy as she shares captivating photos to celebrate her anniversary.

She said she ventured into entertainment in 1995 and she appreciates God for the impact she has made in the industry.

Omotola, who is a philanthropist, and a former model, is also one of the icons in the Nigerian Nollywood industry.

She has not only contributed immensely to the Nigerian entertainment industry, she is also known for her humanitarian efforts.

The renowned actress made debut as an actress in 1995 with the movie Venom of Justice and later Mortal Inheritance.

She had her first cinema movie role in a 2010 film, Ije, which she co-starred with Genevieve Nnaji.

Omotola was the youngest person to win the THEMA (The Movie Awards) Best Actress in 1997.

In 2005, she won the Best Supporting Actress during the African Movie Academy Awards (AMAA).

She has the reputation of being the first Nigerian celebrity to be featured on Times Magazine, alongside Michelle Obama, Kim Kardashian, Kate Middleton and other global leaders.

In early 2013, she took her career to another level by debuting in a U.S. television series; VH1’s scripted series, Hit the Floor.

In 2014, the Nigerian government conferred her with Member of the Order of the Federal Republic (MFR ) for her contributions to the Nigerian movie industry.

Omotola in 2018, was honoured as one of the top 100 influential people in Africa for the year by MIPAD in New York City, following the opening of the 73rd UN General Assembly.

Continue Reading
You may also like...
Related Topics:omotola jalade 25th year on stage