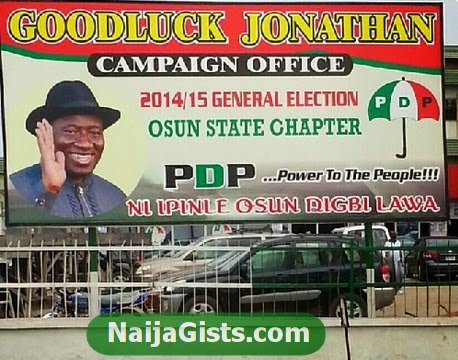 June 12, 2014 – Only A Selfish Goodluck Jonathan Will Run For 2015 Reelection, He Has Failed Nigerians By Omokehinde

My main concern about Nigerian situations is not our criminal politicians but Nigerian people (electorate) who doesn’t know their rights in a democratic setting. Some of our good people believe that elected officials are the bosses of the people who elect them to their various offices. In a true democracy, the people’s voices through their votes is the most powerful weapon to bring any politician on his or her knees and forced them to do what they are elected to do in the first place. But in our false democracy, our criminal politicians know that people’s voices or votes does not matter. This is why a great failure like president Goodluck Jonathan is campaigning for his third term in office come 2015.

Someone argued that Goodluck Jonathan should not be held accountable for the 243 missing school children for the past two months. What a shame! The president is the commander in Chief of Nigerian armed forces and his main duty is to protect lives and properties of all Nigerian people in respective of their tribes, geographic region – north or south, language, religion or culture. Any president who can not guarantee adequate security for his or her citizens doesn’t fit for the highest position in the nation. For that reason alone, president Goodluck Jonathan does not qualify for reelection. Do you think this stupid, most incompetent president ever will be campaigning and dancing if any of his abducted children is kidnapped by Boko Haram terrorists? Jonathan is a disappointment to himself and Nigerian people from north to south of the country. Nigeria will become a mess if he is allowed to rig the 2015 general election.

Another important reason why this do-nothing president should never have run again for reelection next year is his failure to elevates people poverty and improve Nigerian economy. Late Sanni Abacha ruled Nigeria for almost six without adding kobo to the prices of petrol and kerosene during his years in office. If anybody is in doubt, do your research. President Goodluck did not tell Nigerian people before the 2011 general election that when reelected he will hiked the prices of petroleum products. Just two months after he was reelected in 2011, he increased the prices of petrol and kerosene by 75 % in a single day and send out the military to humiliate angry protesters in many cities of the country. People do we have short memories that we have forgotten about so many of our fellow citizens that died protesting the fuel hike in 2011? As a result of that increase, the prices of food products have sky rocketed in our various markets, transportation costs become unavoidable to poor and suffering masses, unemployment rate among our able youths is at alarming state, and accommodations cost is nothing to talk about. Who knows what is next if this criminal president rig the general election results to favor himself next year. I’m afraid of what become of Nigeria if this low mentality president force his will on Nigerians through election manipulations in 2015. Jonathan himself know that it is impossible for him to win the 2015 election in a free and fair manner.

In addition to Goodluck economy failure, on his watch as our unable president, more than 50,000 innocent Nigerian people have been murdered by Boko Haram terrorists. The most craziest of it all is that he is clueless on how to dismantle and destroy this terror group. How many more blood would this president sacrifice to the devil for him to remain in power? May be one million precious Nigerian lives in his third term in office. Remember this idiot was dancing and campaigning in Kano state that same day Boko Haram terrorists killed about 70 Nigerian people in Abuja few months ago.

Moreover, president Goodluck Ebele Jonathan records of corruption, mismanagement, and abuse of power automatically disqualify him as a candidate for the 2015 election. Why? Recently in New York City, former U.S secretary of state – Hillary Clinton confirmed that this president had embezzled so much of our oil money and he is directly or indirectly aiding corruption in Nigeria. This is a serious statement from an honorable woman who may become American president one day. Hillary Clinton is no PDP or APC, neither is she Hausa, Igbo or Yoruba. She and the U.S government have classified information about criminal Jonathan and his corrupt practices ever since he became our unable president. This is a corrupt president who said that looting of our national treasury by politicians should not be called corruption but common stealing. If anybody in doubt, please go and watch his last interview on Utube. 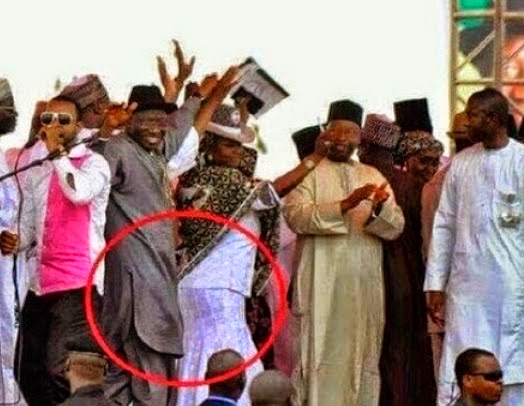 The most crucial argument against this criminal president is that his administration only benefits criminal politicians, the rich and the mighty in the society. But his policies have added more hardship to the lives of already suffering masses regardless of their tribes, faith, language and culture. This president has nothing to show for been the president of Nigeria for five years except for inflation, insecurity, corruption, mass murder of innocent Nigerians, and economy failure. It baffled me that a shameless president like him is even thinking of running for office again next year. These Nigerian politicians are shameless, heartless, wicked, and selfish people who are the best in the world at looting their national treasury. Jonathan’s Administration is the worse in Nigerian history, and it will never stands the test of time because his government is not benefiting the electorate.

Finally, some people will cast their precious votes based on religion, tribe, or language. But those patriotic Nigerian people will surely cast their precious votes based on the candidates competency, on their records, based on their experience, based on their characters and base on their integrity. Nigeria our beloved nation is in critical moment and we need to choose the next president wisely for our good and that of many generations to come. President Goodluck Ebele Jonathan had failed all Nigerian people from north to south of the country, and we can’t allow his madness to continue. Let us vote for a president who takes citizen’s safety his first priority; a man who is fearless that will destroy all activities of the evil Boko Haram, and a man of integrity that will not fail us like this president. A word is more than enough for the wise.

The views expressed in this article are the author’s own and do not necessarily reflect the editorial policy of NaijaGists.com