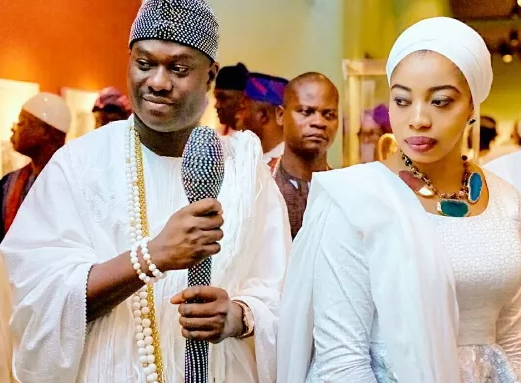 Ooni Of Ife Dumps Wife Sonia Itohan Aka Wuraola Ogunwusi, Sends Her Packing From Palace, How She Ran To Obasanjo For Help

It is official! Benin socialite Sonia Itohan has been dumped by the most powerful king in Africa.

The socialite who dumped her husband for Oba Adeyeye Enitan Ogunwusi last year has been sent packing from the palace.

According to a reliable palace source who called NaijaGists.com earlier today, the marriage became devoid of love and affection when Sonia’s best kept secret was exposed to the king after some spiritual consultation.

Recall how Sonia has been faking her baby bump in the past 9 months and how palace insiders exposed the secret exclusively to NaijaGists.com. If you missed the earlier reports, search on NaijaGists and get updated.

As we speak, Madam Sonia who has been the one taking charge at the palace has been sent packing for so many wild things that we can’t publish in this report due to special request from palace insiders.

Note: Sonia Itohan’s exposed secret is centered around her infertility problem, fake baby bump scandal, disrespect to in-laws and many other issues so it is very messy.

We will cover this in another report once we get a clear overview of the situation in the palace.