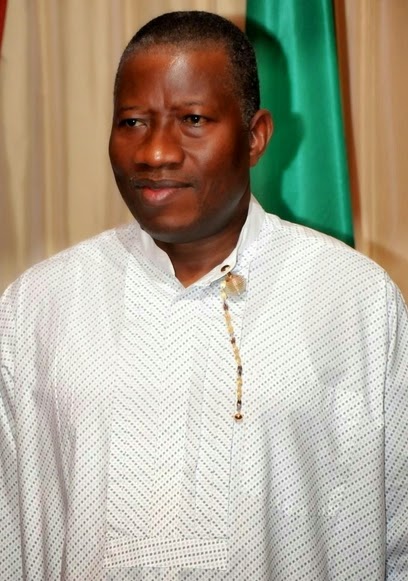 April 3rd, 2015 – Open Letter To President Goodluck Jonathan: Your Courage Is A Victory To Nigeria By Samuel Ufot Ekekere

We, your former supporters, congratulate you on your victory at the polls. You have shown great maturity and courage to keep your words in spite of strong opposition. You are a giant. Though you lost at the elections, you’ve shown credibility in spite of the urge to fight back. You’ve created a path to the future for the youths and children of this nation that after you, Nigerians must take responsibility for those who lead them.

You might have lost but you lost with your head high. Your courage is a victory for Nigeria, one that is leaving your prints in the sands of Nigerian time as one leader who created the path to true democracy in Nigeria. I salute you. You have joined the ranks of Nelson Mandela and Nnamdi Azikiwe your mentors.
It’s quite a sober moment we understand.

Losing isn’t easy. You should have won with all your giant strides. It’s so sad that those of us in the south where you came from have not felt your effect. Our federal roads are still death traps and the second Niger Bridge is just starting off. The east west road has taken forever to be completed, the trains that you promised would link all the states of Nigeria has not seen daylight, electric power is still epileptic and a host of other challenges cripple us. We no fit shout.

Mr. President, we are aware many of your good thoughts could not see this side of life. You already know why. You were surrounded with people who lacked the same vision as you had for this nation. Sadly, that has being your undoing. Your government lacked credibility, a government Nigerians could hardly find passion with. Those of us who voted you in the south, we did it because you are our son. Even though you are a bad son, you are still our son. We had to protect you from external prey. You can see that most of us did not vote. The reason is because we saw no need for it. If we had felt your effects, we promise you brother, we would have given you ten million more votes and choose to die to see you become president. But that never happened.

It’s so sad that we lost a strong hero like you to the wind of change blowing across the land. You might have thought the system was yours but INEC has proved its independence. INEC belongs to the people and the people’s voice must be heard.

We are giving Buhari just four years. He has to change the things you could not transform. Those things that transformation could not achieve, Buhari’s change must sweep them off else his brooms will be shredded just as your umbrella has being.

Oga Jonathan, before you entered Abuja, you did not have white hair. Now your head is filled with them. This is the sign that money has being flowing like water into your account. It’s good. We did not say you shouldn’t steal. You should have stolen and remembered us the good people of this nation who voted you. You only began to release money when election time reached and you saw you would lose. You even gave the money to your aides who kept the money to themselves.

If the streets had being watered with the usual bags of rice, chicken, garri, and clothes, Nigerians would have given you carry go. But we only saw your bill boards on every street corner and you were always looking more handsome and fatter than when you first entered Aso rock as Mr. vice president.

Our president, you transformed Otuoke from a mare village to a sprawling town with a university. That was massive transformation. If same had happened across Nigeria, no one would have complained.
You transformed women giving them more power and you even promised them more power in your second term. You know the problem with women, when you give them power they over use it.

The women around you over used the power you gave them. Permit me please to mention your wife the most popular first lady in the nation’s history who stood by you and brought you down too. All those other women too followed your wife and followed you down too.

You are a gentleman however Nigeria does not love gentle people. We love tough people who can go all the length, make all the noise and do nothing.

All the way up, you’ve being winning with all the good luck. This is what losing looks like. It’s not the end of the road though. Thank God it’s only four years. If you had made the mistake of going through with that your six year proposal, you would have being doomed. Now is time to return to the table and re-plot and pray Buhari begins to fumble once he enters office.

Remember it took Buhari so many years to return to power. You still have another chance to plot a comeback. For now we are in APC carrying brooms everywhere. When PDP becomes strong again, we will return.

Chai, this rain oh. We will miss you, but we will manage without your umbrella, we will bear the rain and sweep them off and pray you return fast, that is if the rain becomes unbearable.

Don’t give up. Things may be bad now for you but it’s only a season.

Those prophets who were seeing prophesies for you some months ago will begin to prophesy again of your return. This time they will listen clearly to what God is saying.

However bad the situation, God is always saying something. Maybe they refused to listen because they were afraid of being against you.

Your money was too sweet. Thank God you were smart enough to understand what God willed for Nigeria.

The voice of the people is the voice of God.
Let us stop here for now. Our hearts are heavy like you are now.

Take heart and greet your wife for us.

Continue Reading
You may also like...
Related Topics:goodluck, jonathan, president