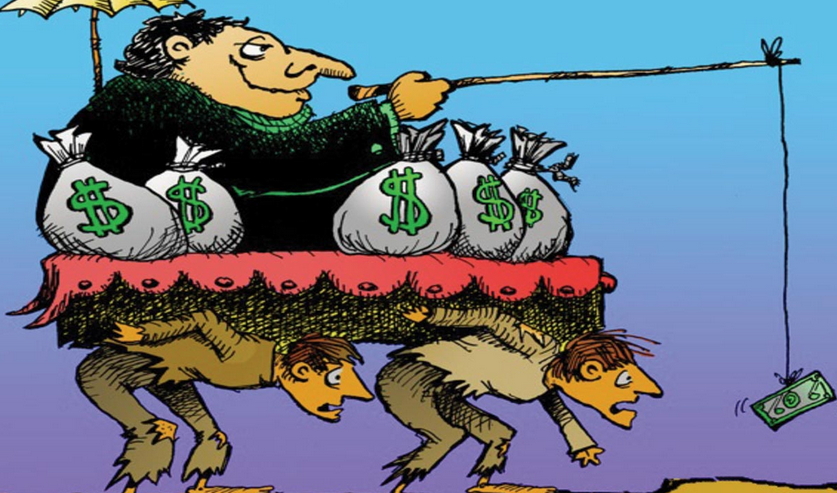 December 17, 2016 – Open Letter To MMM Friends: An Inspirational Article For Nigerians Chasing After Money By By Gbenga Adebambo

Horace Greeley once said, “The darkest hour in any man’s life is when he sits down to plan how to get money without earning it.” Your ambition is poor if it is all about making money! The poor chase money while the rich attract money. The right way to make money is not chasing it but attracting it. When the ambition of a man is chasing after money; wealth becomes elusive. The ravaging news of the new money spinning venture called “MMM” is now making unprecedented coverage across the country.

Though I have nothing personal against it but I will like to start with a brief story of this ‘wealth Abracadabra ‘ and unveil the golden virtues that this wealth networking business is gradually destroying though unnoticed among the Nigerian youths.

MMM was founded in 1989 by three Russian – Sergey Mavrodi, his brother Vyacheslav Mavrodi, and Olga Melnikova. The name of the company was derived from the first letters (M) of the three founders’ surnames, thus MMM.

The company went into varying form of ventures and started attracting money from private investors, promising annual returns of up to one thousand per cent. Subsequently, the company was accused of tax evasion by the Russian authorities thereby grounding their operations. After several unsuccessful attempts at diversification, it successfully turned into a Ponzi scheme in 1994.

MMM grew rapidly. In February 1994, the company reported dividends of 1,000%, and started an aggressive TV ad campaign. Since the shares were not quoted on any stock exchange and the company itself determined the share price, it maintained a steady price growth of thousands of per cent annually, leading the public to believe its shares were a safe and profitable investment. However, it became bankrupt in 1997 due to series of tax issues and unrealistic promises of excessively high returns (up to 200 per cent and even more, in some cases).

Sergey Mavrodi was arrested in 2003 and convicted of fraud in 2007 with a four and a half years prison sentence. In 2011, MMM rebranded itself and continued to spread to different parts of the world. They landed in South Africa in 2015, promising a 30 per cent monthly return. They saw potentials in Nigeria and penetrated the Nigerian market fully early in 2016(at about the same period they were banned in China).

The outgoing President of the United States of America, Barack Obama, said, “Focusing your life solely on making money shows a certain poverty of ambition. It asks too little of yourself. And it will leave you unfulfilled.” The first thing that MMM is gradually encroaching upon in the Nigerian youths is the issue of ‘purpose’. When a man pursues purpose; fulfilment is inevitable. When a man pursues money, then fulfilment will always be elusive. It is only people that are driven by purpose that will ultimately be relevant in life.

The pursuit of money alone will always make you inconspicuous in the crowd. In his best-selling book, “The Purpose Driven Life: What on Earth Am I Here For?”, Rick Warren summarily emphasized that the purpose of life is simply to live a life of purpose. When a man pursues purpose, money comes ultimately. The great Ralph Waldo Emerson said, “The purpose of life is not to be happy. It is to be useful”.

The second thing that MMM is gradually destroying among the youths is their problem solving abilities. Most of the richest people in the world were just trying to solve a problem and ended up becoming the richest. Mike Murdock said, ‘’money is the reward you get for solving someone’s problem’’. It is fraud when you plan to get money without solving a problem! Aliko Dangote, the richest man in Africa said, ‘’every morning when I wake up, I make up my mind to solve as many problems, before returning home.’’

Dangote was passionate about solving problems and undoubtedly became the richest in Africa. Bill Gates, who has remained the world’s richest man for several years is a philanthropist committed to giving 95% of his fortune to charity. It is not unusual that the man noted for solving most of the software problems in the world eventually became the richest. Money has a path; it will always flow to the direction where problems are solved. The world of today is more effective just by looking through Bill Gates’ windows!
The next danger of MMM is that it directly or indirectly kills initiatives and ideas. Napoleon Hill said, ‘’ideas are the beginning points of all fortunes”.

Personally, I believe that ideas are ‘wealth’ in waiting. There is no man that is poor, everyman is rich in something; the rich are rich in ideas while the poor are rich in ignorance! Pursue ideas and not money.

Another damaging effect of MMM is that it is gradually destroying work ethics in the youths. The ‘fever’ of MMM will one day go, just like those of pennywise of the past. The reality is that all net-working wealth ventures ultimately have their peak periods; it is the early birds that catch the fattest worms. I am saying this to anybody that cares to listen: MMM is not sustainable.

The truth is that some people will find it very hard to return back to their work ethic, simply because MMM has brought into them, the complacency and redundancy factor.

It was a gloomy story some few days ago when an MMM participant and final year student of the University of Nigeria, Nsukka, committed suicide in the most intriguing way. The deceased left a note behind where he apologised to his family for misplacing his priorities. The issue of young people running after money without any definite and concrete plans to add value to the world is appalling. The Nigerian youth should be a solution and not a problem in the contemporary Nigeria.

Let us stop the ‘mad’ and ‘demented’ rush after money; let us proffer solutions to problems and earn money credibly. Work hard towards evolving an idea that will solve problems and not just make money the object of your pursuit. Pursue ‘meaning’, value and purpose.

To the Nigerian youths; I say, ‘’we are the solution that Nigeria is waiting for’’.

A word is enough!