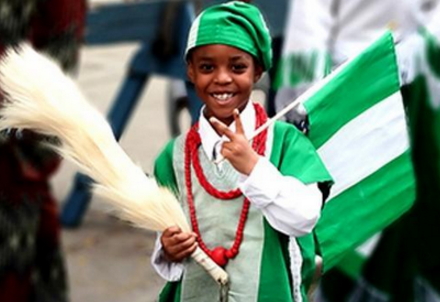 Those were the immortal words uttered by the late President John F Kennedy in 1961.

We believe Nigeria owes us everything and when it doesn’t give it to us we steal it!

Corruption, top of the list, has been our way of life right from the word go. We all know men and women in uniform have always received bribes. We all know you have to give a little ‘kola’ to get anything done. We know all officials in office always took at least 10%.

Ever since we gained independence from Great Britain in 1960 nearly everybody who has assumed public office believe it’s a licence to steal public funds!

In the seventies and Eighties it was not uncommon for leaders to pocket 10% from contracts awarded and not to talk of widespread nepotism, bleeding the country dry.

By the time of the Second Republic, politicians predominantly from the then National Party of Nigeria, NPN, had resorted to brazenly large-scale looting of the treasury with one politician in particular, the late Umaru Dikko, allegedly making off with $1 billion (- in 1983 dollars!)

Sixteen years of PDP rule ended in 2015 with Jonathan Goodluck being voted out of office and not a day goes by that another story doesn’t surface of how another politician illegally enriched themselves. Currently some are on trial, others have gone into hiding and some others are yet to be caught out.

We never think about giving something back to the country. We can only think of what we can take, take, take.

We are even so selfish we don’t think of the generations coming after us. What do they stand to inherit? A bankrupt country with dwindling resources!

Patriotism is clearly a word non-existent in our vocabulary, prompting the question – “Who wants to die for Nigeria?” Even though this is sometimes a joke, the answer without any doubt, is nobody. And the reason for the answer is simply because we’re too vain, selfish and greedy!

Sometimes we get the odd bright spark who is patriotic enough to want to do something for their country. It could be in the field of the arts, sports, the sciences or even as an environmental or political activist. And what do we do? We pull them down! We kill them or make their lives a misery! And we wonder why there is a brain drain in Nigeria with all the clever ones fleeing abroad where their talents will be more appreciated.

America wouldn’t be the great country it is today if companies like Microsoft, Apple, Coca Cola and other big multi-nationals didn’t invest in people, ideas and the country. This is not to mention the countless inventors, innovators and others who devote their whole lives to developing new ideas, processes and systems to make their country great, many who are unsung heroes but are patriotic enough to contribute their widow’s mite. We can’t be bothered. If we can’t make fast money from ventures such as selling oil we’re not interested. Nobody is interested in investing in large scale farming or our cottage industries creating new streams of income and employment. Nobody is interested in creating a ‘Silicon Valley’ to harvest the talents of the many that is currently going to waste.

Again, in the year 2016, the country is broke. There is hardship and uncertainty everywhere with no light seemingly at the end of the tunnel.

It’s alright to lynch a few area boys and armed robbers for stealing but what about the big thieves?

They’ve got big yachts, private jets, limousines, not to talk of fabulous mansions in Abuja, Banana Island and Lekki. They’ve invested – your stolen money – in prime real estate such as luxury houses, shopping malls, hotels and property abroad. They go on frequent jaunts abroad and have numerous offshore accounts in different currencies. And they get away with their crimes. To quote ex-President Obasanjo,”…the EFCC is a toothless dog.”, when going after these seemingly untouchable criminals. Once their bail money is paid they have high profile lawyers who know how to keep them out of court – and jail – indefinitely. To deal with them a different approach is needed, like a military-style tribunal that deals only with economic crimes that’s independent from the main judicial system.

Even our rich people are not giving anything back. Rather than follow in the footsteps of giants like Bill Gates, who gives away a fortune to charity, they rather fritter their money away on superficial luxuries – planes, exotic cars, wives, ‘owambe’! I don’t see any Nigerian billionaires setting up foundations, drop-in centres for the needy, resource camps or clubs for disadvantaged youths or making any significant contributions to the many IDP camps scattered around the country. When you die you can’t take it with you!

And this culture of corruption and selfishness has trickled down to the ordinary man on the street. Sometimes it’s surprising there is even a Nigeria left. That we all haven’t pillaged, looted and sacked the actual embodiment of Nigeria itself is a mystery.

To summarize, we want to take whatever we can from the country without giving anything back. We are not patriotic enough to do anything for the country – unless there’s something in it for us personally. And we couldn’t care less even if there is a thing called Nigeria, left, for future generations to inherit.

[An article By Tony Ogunlowo]

Continue Reading
You may also like...
Related Topics:articles, Nigerians, tony ogunlowo articles, what