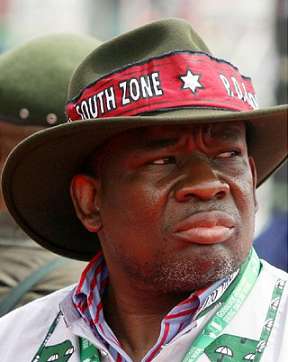 A key figure in President Jonathan’s re-election campaign has died.

Mr Oronto Douglas, an aide to GEJ on Strategy and Research passed away in Aso Rock today at the age of 49.

According to Presidency sources, Mr Douglas lost his battle to an unknown terminal illness around 4:52am today.

Though the official cause of his death has not been made public but family sources claim that the politician has been battling a terminal cancer since 2009. He often travel abroad for treatment.

The deceased is survived by his lovely wife and children.