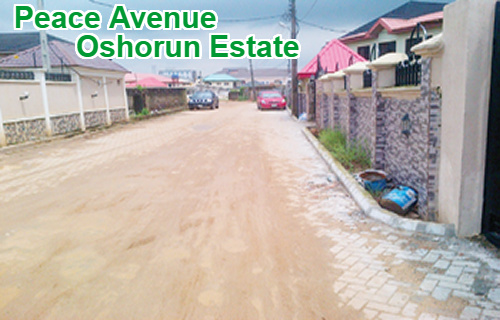 2 landlords at Oshorun Estate in Isheri area of Ogun State where suspected Ijaw militants abducted four people on Saturday have fled the country. Three other landlords have also relocated from Oshorun Estate.

The five landlords, who fled the estate, left amidst fear that the estates around the community were no longer safe. Earlier, families of those abducted have reportedly abandoned their houses in the estate.

Also, sources in Oshorun Estate disclosed that the kidnappers had reduced their demand from N1.2 billion to N200 million. Initially, the kidnappers asked families of the victims, three landlords and an aerobics instructor, to pay N300 million each but have now reduced it to N50 million each.

The Chief Security Officer (CSO) of the estate, Mr. Michael Adefura, said that five more landlords had moved out of the estate with their families. The kidnappers, on Saturday, abducted Dr. Bello Omololu, Mr. Esang, Mr. Kennedy and Mr. Ayo, their trainer.

They were on their routine Saturday morning jogging and aerobic training at Lekki Gardens Estate, at Isheri community, when the kidnappers struck. The abducted landlords live on Peace Avenue in Oshorun Estate.

Even the Federal Government cannot bring out such amount of money. May God touch the hearts of the kidnappers. Just because someone has built a house doesn’t mean the person is wealthy. Some of these landlords are managing; some converted part of their buildings into offices in order to be able to fend for their families.”

But Adefura said that five landlords moved out 48 hours after the abduction of their colleagues. According to him, the men fled over shock and fear of the unknown.