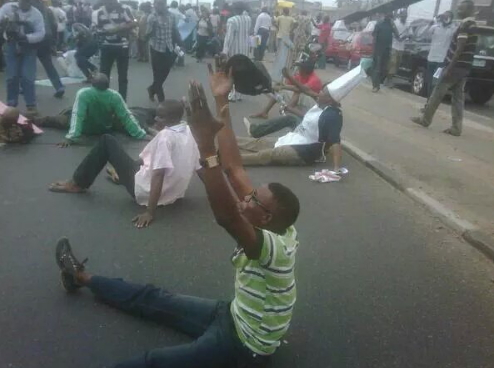 Most Nigerians participating in the money-doubling scheme, MMM are in for a shock after the faceless company placed a ban on withdrawals of both their capital and 30% return on investment.

In a letter posted on the website, heavy workload on system and negative publicity from the media was cited as the cause of the temporary ban expected to be lifted sometimes in January of next year.

Most Nigerians who have trust in the system are now having a rethink as the company may use this opportunity to steal their money.

Before the sudden turn of event, both CBN and SEC had warned Nigerians to not participate in the money doubling scheme but most Nigerians believe MMM was sent by God to rescue them in this recession period.

Below is a copy of the letter posted on MMM official website: 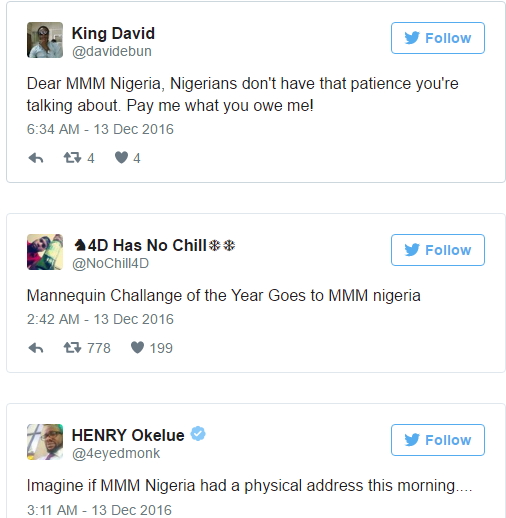 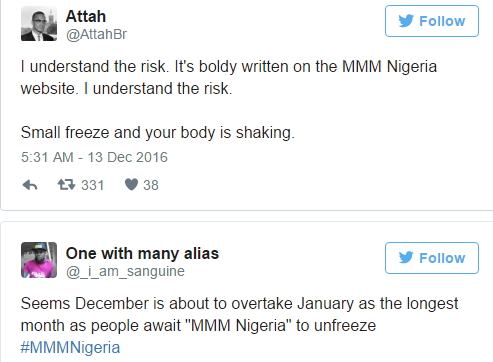 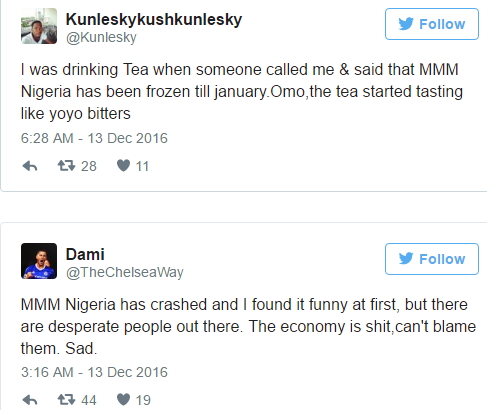 Those who didn’t invest in the money-doubling scheme are now claiming that MMM is teaching Nigerians financial discipline.