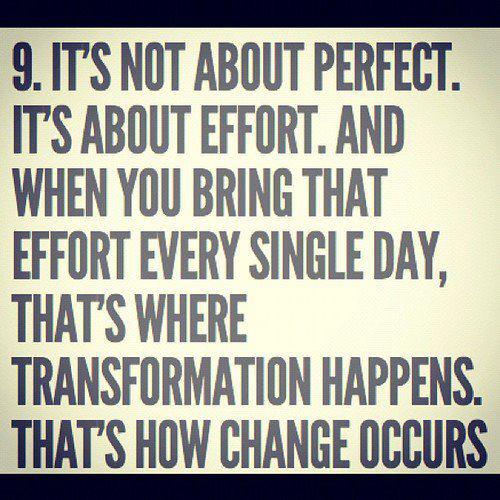 April 17, 2014 – Passion And Consistency : The Two Most Powerful Secret To Success By Igbokwe Ifeanyi

How Bad Do You Want It?

Have you ever wanted something so bad you can’t sleep? Have you ever dreamt of having a particularly desired thing so much that you stayed awake all night figuring out how to get it?

Myth has it that one day, a young man came to Socrates. Something bothered him. Knowing that he’s a man of great wisdom, he sought of him, to know what to do to succeed. Being a man who makes no light of such opportunities to instruct, Socrates asked to meet him beside a river the next morning.

After the young man had fully recovered, Socrates asked him a question. ‘When I had you held under water and you were kicking and struggling badly, what did you want the most?’ and the young man answered ‘Air’. Then Socrates concluded: “That is the secret to success. When you want success as badly as you wanted the air, then you will get it. There is no other secret.”

We all want all the good stuff but we don’t want it badly enough to work real hard for it. It doesn’t matter if you are a student, a businessman or on one someone’s pay list. If you say you are working hard to succeed and your dream doesn’t make you keep wake hours on end working on it,when everyone else‘s busy snoring on their rosy beds,then you have no dream in the first place.

Many times we go to school because we have to, we study courses because if we don’t, we’ll not really fit into the society. So we passively go through school and reluctantly get a job because we need it to pay the bills. Many others who are in business for themselves actually toed that line because they can’t stand the sight of another man bossing them around, telling them what to do and what not to, so the basic foundational basis on which they start becomes flawed even before they are able to start out.
Passion is one ingredient of success that we cannot afford to ignore. It is the fire that kindles our craving to succeed. It is that little flame that keeps us going from within, even when the going seems like there is no tomorrow to it.

Do we do the right things passionlessly just because we are under obligation to do them? Do we trudge through life bereft of passion? Success is very deliberate; you don’t accomplish any outstanding success by going with the flow. Do you think we’d have known

Bill Gates if all he did was waking up at nine each morning and reluctantly doing as little as possible just to retire before evening to the solace of friends and beer cans, I tell you, he’d have spent the rest of his life in absolute obscurity. He treated his work and business with more passion than many working class people, waking up long before daybreak, toiling all day and keep wake while many are lazily snoring away on their beds.

Do you have a dream or purpose, then let the fire of your passion consume it. If being a professional footballer is your dream pursue it with passion. If fashion designing, pursue it with so much passion that people will see your passion and would want to patronize you. Read all you can about it, tell everyone that cares to listen about it, relate with like minds about it, let your passion pass on to everyone else and strive for mastery in it. keep on and keep keeping on. It may take time and energy but you’ll come back with success.

3 thoughts on “Passion And Consistency: The Two Most Powerful Secret To Success By Igbokwe Ifeanyi”