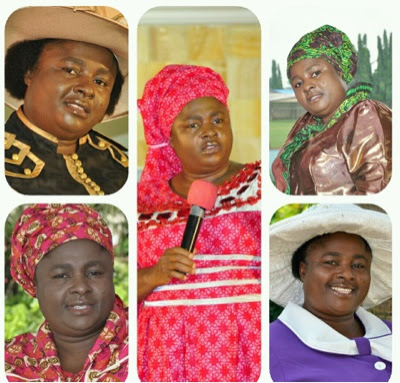 A Nigerian preacher, Helen Ukpabio, a self styled witch hunter, could be banned from the UK following calls to Home Secretary Theresa May that she is a risk to youngsters.

Ukpabio who founded the controversial African Evangelical Franchise Liberty Foundation Gospel Ministries in Nigeria, has published her views around the demonic possession of children in several books and films. She is thought to currently be in the UK.

UK campaigners are urging for Ukpabio, known as ‘Lady Apostle’, to be deported and banned from returning to the UK on the grounds her sermons are harmful to the public, the guardian uk reports .

The Witchcraft and Human Rights Information Network, the Bar Human Rights Committee of England and Wales and the International Humanist and Ethical Union have now written to the Home Secretary in an attempt to get Ukpabio deported under the Immigration Act 1971 – on the grounds her presence here is not conducive to the public good.

In a letter to May, the campaigners warn, ‘Whilst the Government has moved swiftly to block entry to the UK for Islamic preachers whose presence is considered as harmful to the public good, there have been no cases of Christian pastors facing such measures.’

The groups are hoping the pastor will be banned from returning to the UK once she has completed her final tour.

Gary Foxcroft, of the WHRIN said Ukpabio was one of a number of preachers who regularly travelled to the UK, Daily Mail reports.

He told the Independent, ‘The fundamental problem is that churches need to be regulated. Anyone can set up a church tomorrow in their own garden shed with no commitment to child protection or making their accounts transparent or any theological training.’

Bob Churchill, of the IHEU, also told the newspaper, ‘It is important that the UK authorities send a message to the world that branding children, or anyone, as a witch is beyond the pale.’

Passion And Consistency: The Two Most Powerful Secret To Success By Igbokwe Ifeanyi
Beninoise Sales Girls Claims Lagos Police DPO Raped Her In Detention & Threatened To Jail Her For Life