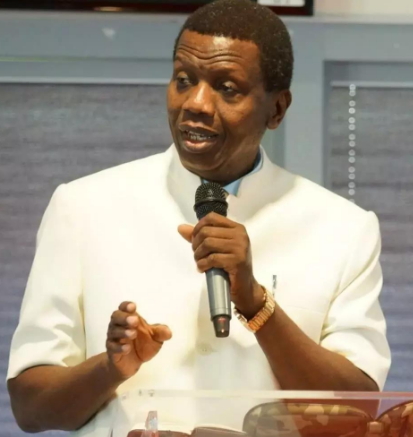 October 15, 2017 – Pastor Adeboye: I Was In The University Of Nsukka When The Civil War Broke Out

RCCG GO Pastor Enoch Adeboye has recalled the sordid ordeals he and other Nigerians went through during the 1967-1970 civil war.

The highly respected cleric said Nigerians should stop talking about war because whoever has experienced it will never pray to see it again.

He spoke at a special thanksgiving and prayer programme of the RCCG headquarters (Throne of Grace) Ebute-Metta, Lagos in commemoration of the Nigeria Independence Day celebration.

Rather than talking about war, he said Nigerians must do everything to work against it and unite to fix the nation.
Adeboye, who spoke on freedom for all, recalled his experiences during the civil war.

According to him: “l was in the University of Nsukka when the war broke out and from the experience l gathered from the sordid condition of war victims, l would never pray for another outbreak of war in Nigeria.

“I do not want war in Nigeria. Please stop talking about war. We should now concentrate on praying that God would restore the glory of Lagos and Nigeria in general.”

He added: “I have exchanged N500.00 with $800.00 in this country and that is the reason rather than encouraging anything that would lead to war, I would rather pray that God would restore the glory of Nigeria.

“I believe that if there is no war, Nigeria shall be great again” he said.

Adeboye, who spoke through the Assistant General Overseer, Administration and Personnel, Pastor Johnson Odesola, said at 57 Nigeria is supposed to have attained the level of maturity to the extent that the nation can manage any situation without allowing it to degenerate to chaos.

He reminded the government that Nigeria is a democracy and every problem should be addressed with the reality in mind.

He appealed to the government to deal gently with agitators of the Independence Peoples of Biafra, calling for dialogue instead of force to rein them in.