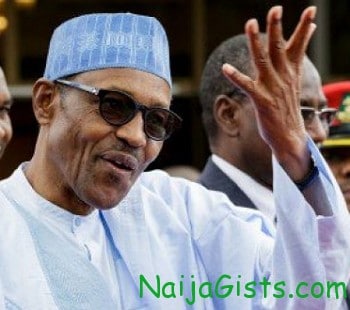 October 15, 2017 – Buhari Is A Born Dictator, He Belongs To The Northerners,Yorubas Regret Voting For Him – Chief Ayo Adebanjo

Chief Ayo Adebanjo Calls Buhari A Dictator In Explosive Interview, Says He Belongs To The Northerners

A friend of Chief Obafemi Awolowo and an elder statesman, Chief Ayo Adebanjo, in this interview with BAYO AKINLOYE talks about what President Muhammadu Buhari needs to do to save the country from collapse and the role of Chief Bola Tinubu in the current state of the economy. 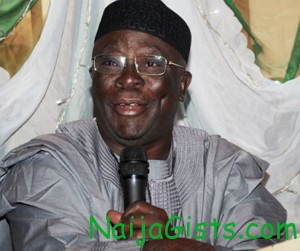 What’s your reaction to the revelation by the World Bank Group boss that President Muhammadu Buhari directed the financial institution to carry out more of its developmental projects in northern Nigeria?

The disclosure of the President of the World Bank Group only confirmed what I have been saying that President Muhammadu Buhari is president of the North and not president of Nigeria. It is unfortunate that even the international community is also aware of this nepotism – of Buhari’s unbridled desire to favour a section of the country to the detriment of the others. Is it only the North that is devastated? What about the Niger Delta region? What exactly has been done to salvage the area? He should focus on productive areas to engender development in the country. Buhari’s body language, words and actions show he is president of the North. Only those who are gullible will accept what his mouthpieces are saying – it’s mere damage control.

You will notice of late that while the world is doing the best they can to shift their economic focus away from crude oil, the current administration of Buhari is doing the opposite. Despite repeated calls by economic experts, both local and foreign experts, that Nigeria should diversify its economy and be less dependent on oil, Buhari has continued to spend the country’s meager money in our treasury for oil exploration in the North – he is wasting our money. Everything that Buhari has done so far since he assumed office as president shows where he belongs to. It is apparent he belongs to nobody but the northerners – he does not belong to everybody in this country. He turns a blind eye to everything happening outside the northern region.

He has confirmed all the fears I had expressed about him. He has presided over a country that is insecure and has demonstrated intolerance. He claimed to be a born-again democrat when he was contesting the presidency. Buhari will not bother to restructure the country because his people are the beneficiaries of the lopsidedness in the country. Buhari only sent the 2014 National Conference report to the National Assembly because he was pressured to do so. He has no interest to restructure. The confusion Buhari and APC are creating about restructuring shows that they are taking the people for granted. How can they be asking what restructuring is? It was made as part of their manifesto. The APC is doing all it can to confuse the people.

They shouldn’t tell us Nigeria’s unity isn’t negotiable. The unity is negotiable and we negotiated it in 1954 and that happened when there was a crisis in the House when (Anthony) Enahoro moved the motion and the Western Region withdrew its cabinet and the federal cabinet was disrupted, leading to the colonial rulers to send for the leaders of the party. We went to London, Lancanster House, and there, the unity of the country was negotiated and the principle of federalism was agreed upon and confirmed in the constitution that came up thereafter – when each of the regions back then had its own constitution. It is that constitution we had in 1962/93 when the country became a republic. Our problem began with the constitution foisted on us in 1966 by the military. Then in 1999, the military gave us another constitution that does not represent the will of the people. We protested against it. Nnamdi Kanu is called a terrorist today because he wants justice for his people. The military put us where we are today. I am a Kanu man; where I don’t agree with him is the use of force.

Are you saying Buhari is part of the country’s problem?

Yes, he is. Anybody opposed to restructuring is the greatest enemy of Nigeria’s unity. All the South-West governors are in support of restructuring but they are afraid of the dictatorial tendency of this present administration. We had a conference in Ibadan recently; all the governors contributed morally and financially. They couldn’t come but they sent their deputies. If Buhari is honest and interested in the unity of this country, why didn’t he have a dialogue with Nnamdi Kanu? Buhari will not listen to the voice of reason because he has an element of force in him. If Buhari is honest, why didn’t he call for a dialogue? Why are people agitating for a secession? It is because the government has refused to restructure.

Do you think APC national leader, Bola Tinubu, made a mistake helping Buhari to become the president?

It is not a question of a mistake. I warned Tinubu against supporting Buhari ahead of the 2015 presidential election. What is for Tinubu in this government? He has been sidelined. This government is all about Buhari. The greatest mistake made was for Yoruba to vote for Buhari. The South-West is regretting voting for Buhari. Tinubu is regretting now – he and his supporters are now regretting helping Buhari to become the president. It is Tinubu and all his supporters you should be asking: ‘Are you regretting you helped to bring Buhari to power or you’re happy with his administration?’ The problem that Yoruba and Nigerians have today was caused by Tinubu. If Tinubu had not gone into an alliance with Buhari, would we be in this position? Tinubu is the cause of Yoruba’s suffering now. He is the cause of Nigerians’ suffering now. He helped a dictator to come to power in the person of Buhari, knowing that he’s a born dictator; an unrepentant conservative and an irredeemable religious jingoist. What has he done in his life that does not show he’s a dictator? By birth and by training, he’s a dictator – go and check his past records as a military head of state.

When I campaigned against him before the election, people accused me of collecting money from (ex-President Goodluck) Jonathan. I am one of those who fought for Nigeria’s independence and I am not a happy man with the way this country is being run. If Buhari does not restructure Nigeria, this country will break (up) and I am not afraid to be prosecuted if they regard that as hate speech. Buhari wants to shut down the opposition completely; that’s why he branded Kanu a terrorist. Buhari is running the country the way he likes because he has all the instruments of force in his hand. All the military top brass are northern Muslims – I said ‘northern Muslims’; I didn’t say ‘northerners’.

Does that have anything to do with the current military operations in the three southern regions of the country?

The ongoing military operations – Operation Crocodile Smile and Operation Python Dance – are designed to militarise the country. In every civilian situation, the military is there. Question: when did the military take over the police’s job in a civilian regime? Similarly, where the military is absent, the Fulani armed militia are present – they are all over the country committing all sorts of crimes like raping, kidnapping and killing. What has Buhari said about the violent acts of those people? Another question: since when did rearing cattle with AK-47 become fashionable? I want Buhari and his co-travellers to answer these questions. Why is he hesitating to ban the herdsmen from carrying arms? Is he honest? The same Buhari was quick to label Kanu and other members of the Indigenous People of Biafra terrorists. Is this the country whose unity they are saying is not negotiable, where criminals are allowed to roam the country and agitators are being crucified? The Buhari government wants us to keep quiet as if nothing is happening. I want to tell Buhari that this is not the state we were in when we got independence in 1960. We will neither abandon this country nor succumb to any Fulani domination.

How should the restructuring of the country be done?

What about former President Olusegun Obasanjo?

Obasanjo is the only exception. The restructuring we are clamouring for is not a strange word at all. It is another way of saying, ‘Let us go back to where we came from – to the 1960 and 1963 constitutions.’ Why should it be a problem to resist the constitution foisted on us by the military? Nobody is talking about unity; we are already united. It is this government that is putting in a condition of disunity – this is what the Soviet Union did and failed and it is the same thing that Czechoslovakia did and failed. You can’t keep people forcefully together under a unitary government; they will break (apart) eventually. To save the country, we came together in 2014 by means of the national conference, but Buhari said he has thrown the report of that confab somewhere and he is not going to look at it. Buhari believes he has all the forces of enslavement. But I want to assure him that the South and the Middle Belt will rely on God to destroy the forces of Buhari. Buhari is confusing Nigerians; he and his party, the APC, are confusing the country. They are doing things that are unacceptable to the majority of the people. Buhari should be told that he is the president of Nigeria and not the president of Katsina. If he is the president of Nigeria and not the president of Katsina, he should embark on the restructuring of the country immediately.

He must let the country be restructured before any election if he is sincere. If a marriage is successful, will anybody seek divorce in that marriage? But when you have serious disaffection in a marriage, things will no longer be at ease. We know what we fought for to attain independence. Our togetherness was settled upon attaining independence. What we have now was forced on us by the military. If Buhari truly loves this country and is sincere about keeping it together, he will make a name for himself by going back to the 1960 constitution – then, I can heartily tell him, ‘Welcome to the democratic fold.’ The Buhari administration should stop the fake news they are spreading around that those calling for the restructuring of Nigeria want the country to break up – that is an evil propaganda.

On the contrary, those against the restructuring of the country are the people who really want the country to break up.

Continue Reading
You may also like...
Related Topics:Buhari, dictator, interview

Pastor Adeboye: I Was In The University Of Nsukka When The Civil War Broke Out
Juliet Ibrahim Boyfriend Iceberg Slim Says He’s A School Drop Out”Why I Dropped Out Of College”