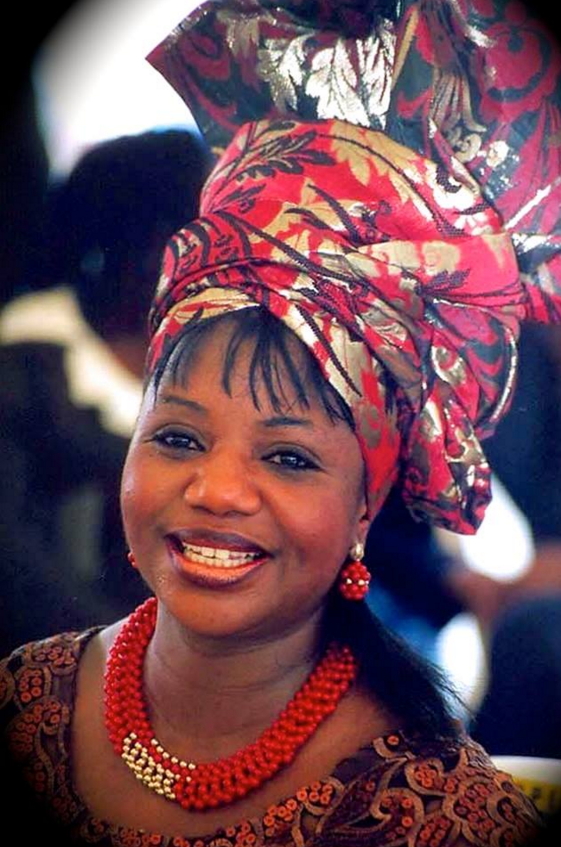 Everyone was gorgeously dressed and in high spirit as family members, associates and close relations remembered Pastor (Mrs.) Bimbo Odukoya, who died in the ill-fated Sosoliso Plane from Abuja-Port-Harcourt exactly 10 years ago.

To lighten up the mood, her children Jimi and Tomi served as comperes.

They cracked jokes with her mannerisms and ways of life, saying living with her was so much fun and impactful.

They were smiles instead of tears; fond memories as against regrets and thanksgivings in place of depression. 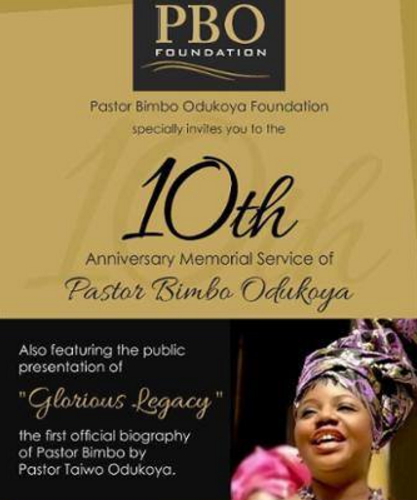 Those who spoke during the tribute sessions described her as a warm, kind-hearted, compassionate and faithful preacher whose life was consistent with her sermons.

The deceased, she testified, led her to Christ in 1984 following years of living with her.

Describing Odukoya as an incredible soul winner, Orekoya said: “She was lovely but firmly against sins and compromises. She’d do anything for Christ.”

She said they lived as sisters so much so that many thought her brother, Pastor Taiwo Odukoya, is a brother-in-law.

“I couldn’t have had a better Sister-in-law,” she stressed.

Mrs. Bola Segun-Williams, who is married to the late Odukoya’s brother, said: “She was the most stress less sister-in-law in the world.

Her sister, Lara, said: “Despite being the first of the family, my sister was my mentor. She radiated life and warmth. Her life was exemplary.”

Pastor Ghandi Olaoye of the Redeemed Christian Church of God(RCCG) Jesus House, United States of America recalled how he pulled a surprise by ensuring the late Odukoya attended and preached at the 40th birthday of his wife.

“She was my wife’s role model. My wife hardly admires people that much. When she attended the birthday, my wife considered it the best gift for the occasion.”

One of her A’level classmates at the Federal Girls College, Ijaniki Lagos, Pastor Yemisi, recalled how Pastor Bimbo, as she was fondly called, had always been elegant and admirable.

“She was the first to give her life to Christ. When she did, she stopped partying with us and started praying for our salvation,” she began.

She reeled out tales of how the deceased convinced the other four ladies to give their lives, stating “Bimbo lives in my heart and life.”

Pastor Tayo Omotosho, who was one of the last persons to bid her farewell en route the ill-fated flight in Abuja, recalled how Pastor Bimbo radiated so much life and encouraged her to read Mathew 6:33 as she boarded.

Her husband, Pastor Taiwo Odukoya, said his consolation was that Bimbo left a legacy of righteousness and peace.

He recalled how she casually said she would rather die first just few months before her demise, saying the trauma of living as a widow would shatter her life.

Her first child, Tolu, literally brought down the house when she rendered some of Pastor Bimbo’s favourite gospel songs and compositions.