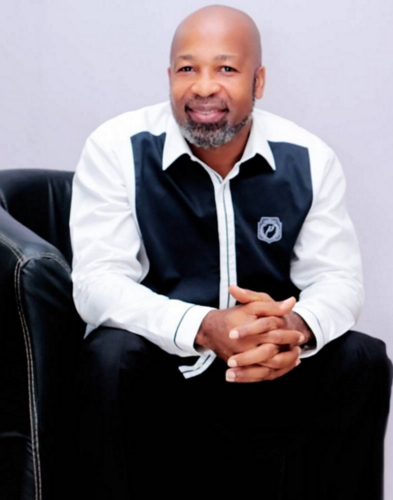 December 20, 2015 – Yemi Solade: Nollywood Filmmakers Abandoned Me Because They Think I’m Too Rigid

It’s been a while you acted in a movie…

Help me beg the producers to invite me. In the Alaafin Palace, there is a group of men called Oyomesi and we know their role even though they would not get to that level where they have to open the calabash before the Alaafin. It has never happened in our time but they are there. They serve as checks and balances. I don’t think I would want to pretend about things.

So that is one area I think my colleagues see me as being a little rigid. I don’t tow their lines and they kind of want to run away from me. But I think it’s a waste of time to do that. Some other persons do what I do but because they are not within the fold, they don’t have any problem with that. It’s not about not being good enough. I even appear better than I used to, so if you are looking at people who should look nice in pictures at my age, I still look very good at 56, even better than actors who are not 40 yet.

Also, the quality of actors I see these days leave a lot to be desired. I am not the only one but I speak up and some don’t. They would rather do it behind the scene, you know in the Yoruba cosmology it is said that majeki won fi ori e fo agbon (don’t let your head be used to break a coconut). I’m not a hypocrite. I say what I feel. I’m a well-grounded thoroughbred professional in the field, so why shouldn’t I protect my job? I do more than just act. I’m a social engineer and what that means is that it is the duty of a dramatist like me to identify problems within the social cultural milieu, point them out and proffer solutions.

My solutions have never been well attended to or received by my colleagues and the power they think they wield is to ostracise me which, to me, is not even effective and in so doing I decided that I won’t even do movies anymore. I would now do television.

With your level of education, why haven’t you taken a foray into the academics?

I was a lecturer till 1992 before I left. I lectured at the University of Maiduguri, Ahmadu Bello University, Zaria and Kaduna Polytechnic. I left the north before M.K.O Abiola’s election because I knew it won’t be so easy for me sticking up there. When Ojukwu executed the war between 1967 and 1970, he ran away and came back alive and he was celebrated.

You don’t widen your chest and say where is the bullet? So, I was a lecturer for six years. I taught Communications Skills, English Language, Business Communication and a little bit of Mass Communication. Being an academic was never my ambition. I had always wanted to be an entertainer. My foray into academics was basically what the society could afford me at that time. NYSC took me to Maiduguri. After that, I wanted to experience the north for a while but I couldn’t get the kind of job that I wanted, so I kept reading. I could only stick within the tertiary world and when I felt I’ve had enough of the north I came back to Lagos. I had a provisional employment in my former department in Ife. I didn’t honour it.