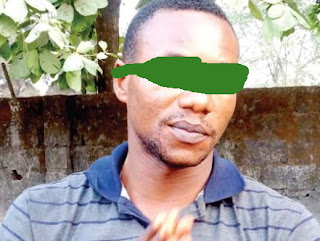 Feb 13, 2018 – Pastor Who Built His Church On Someone’s Land Without Permission Said God Almighty Told Him To Use The Land

Moses, pastor of Capernaum Christian Ministry located at 34/36, Tijani Ashogbon Street, Bariga, was docked on a one-count charge of unlawful encroachment on a property.

According to the police, Moses built the church in 2016 on land owned by the complainant, Mr. Toyin Omonijo.

Prosecuting counsel Henry Obiazi, a Superintendent, said the defendant built his church on the land without the complainant’s permission.

According to the prosecutor, Moses told the police that “God Almighty directed him to build a church on the land.”

Chief Magistrate O.O Oshin granted him N250,000 bail with one surety in the like sum.

She remanded the defendant in Ikoyi Prison till he fulfills the bail conditions.