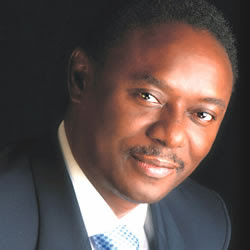 According to a report from News of The People magazine, Rev. Chris Okotie is set to remarry in December.

Read the full story below.

“Just as the dust is yet to settle on the collapse of his much-publicized second marriage, Rev. Kris Okotie seems not done with matrimony, as news, though unsubstantiated, have started filtering in that the charismatic pastor and politician is silently scheming for another wedding this December.

Although, the identity of the new bride is yet to be revealed, we gathered from the grapevine that Rev. Kris has been in a much coded affair with the new lady, shortly after he started having disagreements with his last wife, Stephanie, a situation which was not known to many, even members of Okotie’s Household of God’s church.

With this new development, Rev. Kris Okotie may be going into the history books as the first serial marriage clergyman, which is not a good testimony for anyone who ascribes to himself the phrase ‘man of God’.

Rev. Kris Okotie has no doubt been very unlucky in love and marriage and those who know allegedly attribute the reasons for this ill-luck to infidelity, childlessness, and incompatibility or material things nay money. He was first married to Teena (a half German half Nigerian) for about two decades, a union which was turbulent and childless forcing it to collapse ultimately in 2001.

In fact the two were virtually living apart, with Teena most times abroad in the USA while Kris stayed in Lagos steering his flocks at the Household of God, before the obvious happened, a divorce that was not a surprise to those who have been following their affair.”