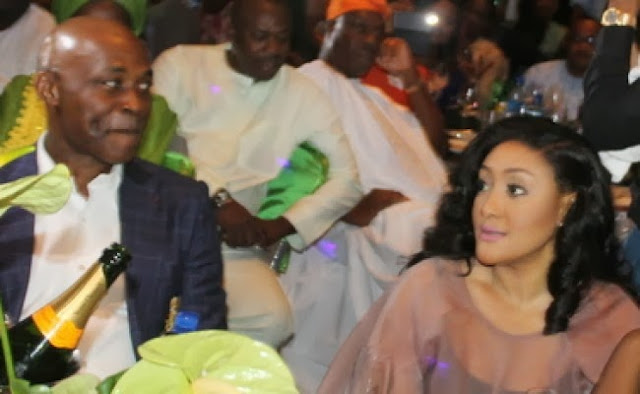 For the second time this year, Ms Stephanie Henshaw, the former wife of Pastor Chris Okotie of Household of God and actor-turned politician, Richard Mofe Damijo have been spotted together.

The duo shared the same table at the recently concluded Glo Evergreen show.

According to Encomium, Stephanie Henshaw has tactically withdrew from public function after returning from London holiday.

Though her sister, Cynthia insisted back then, she was not worried one bit by Okotie dumping her, busybodies who had been on her trail painted a picture of a distraught lady no longer at ease with her world. So, perhaps to prove she is cool and not in want of care and love, Stephanie has found her groove back as she now attends social events.

Since her marriage to Okotie Crashed two years ago, this would be her 3rd public appearance.

RMD & Stephanie are subjects of an ongoing dating rumour.