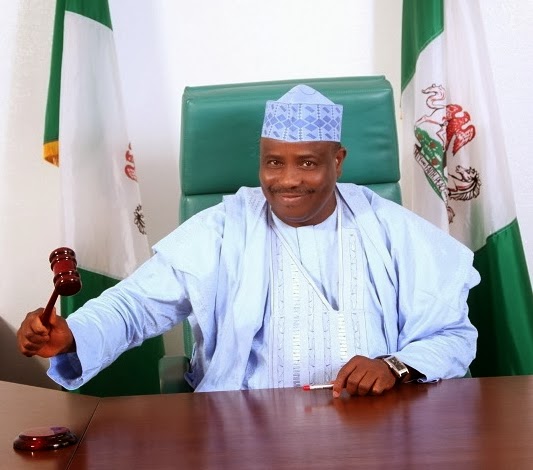 At home and abroad, Nigerian politicians are regarded as money bags.

This was confirmed at a wedding ceremony that held in Ibadan last weekend when Honorable Aminu Waziri Tambuwal gave his friend’s daughter two bundles of US dollars totaling 20,000 as wedding gift.

According to reliable sources on ground, Tambuwal stormed Ibadan city for the wedding ceremony of his colleague’s daughter, Hon Adebukola Abiola Ajaja, the representative of Ibadan NE/SE Federal Constituency, a popular member of the Accord political party.

It was gathered that the wedding ceremony, which was held at Kakanfo Inn, had almost drawn to a close, when the Speaker called the mother of the bride to alert her that he had landed in Ibadan. The couple, who had had already left the venue, was promptly summoned and asked to turn back. The newly weds promptly changed into their wedding outfits and made their way into the venue. When eventually,  Tambuwal showed up at the wedding, he made straight to where the couple was dancing and dropped two bundles of $10,000 for them.

A country where millions are dying of hunger everyday is where a politician gave out 20,000 dollars NOT NAIRA in one day…..I’m short of words.