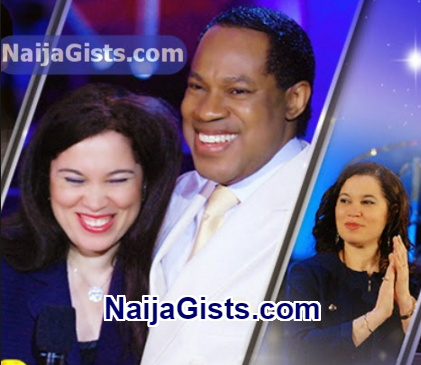 The co-founder of Believers Love World, Pastor Chris Oyakhilome has come after his ex-wife and the mother of his two beautiful daughters, Rev. Anita for making the hasty decision of divorcing him when their marriage was going through storm.

In a video posted on YouTube, the South-Africa based Nigerian Pastor also spit fire on Nigerian media houses who covered his divorce story.

Here is what Pastor Chris allegedly said to kick against divorce,

“…I’m not a preacher, I’m a man of God”.
“When it comes to Rev. Anita, pray for her. If you are married to a man of God, it doesn’t make you automatically mature, you can make mistakes..”
“Christians should not have a divorce, it shouldn’t be. But that doesn’t mean a Christian should not take this step, they may, but that doesn’t make it right, and we shouldn’t take one another to court. But when it happens, we are not the one going there, someone is taking us there. That’s the problem…”

Rev Anita divorced the eloquent preacher in 2014 over allegations of adultery and abuse.

Her request was granted on Monday February 8 2016.