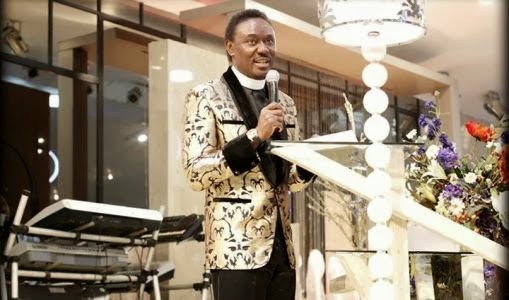 The big news this week was the inauguration of the National Conference, but the deaths of more than 16 young applicants who died in Abuja and other venues, during the Nigerian Immigration Service, NIS recruitment exercise, overshadowed it. This tragedy mirrors the desperate situation of Nigeria. One only hopes that this unfortunate loss of lives, coupled with the incessant Boko Haram killings and other youth-based violence, would serve as a wake-up call to the summiteers, that this country needs a new governance paradigm. If the conference cannot produce that, then the over N7 billion invested in it would amount to another colossal waste of our scarce national resources.

It is an irony that each delegate would earn a whopping N12 million for the 3-month duration of the conference. By conservative estimates, N12 million is enough to provide self-employment for 12 resourceful graduates, and N7 billion could do likewise for thousands, some of whom perished under chaotic conditions in stadia around the country, while waiting for a poorly organised aptitude test by the NIS.

The young graduate job-seekers who turned out for the tests filled up many stadia around the country, as if they came to watch high-profile football matches. These hapless chaps paid N1,000.00 (One Thousand Naira) processing fee each. So, the Nigerian Immigration Service must have made quite some money, considering that in Lagos and Abuja alone, over 125,000 applicants turned up. We may be looking at millions of Naira that this monetised recruitment exercise generated for the NIS. There was record turnout in each of the 34 states for just 45,000 slots that the NIS advertised.

The alarming job application horror is a clear evidence of the inability of our public institutions to manage events, resulting in poor crowd control and avoidable deaths through stampede. This is not an isolated case, it is a regular occurrence. When things go wrong, our leaders seldom take responsibility. The NIS has tried to duck charges of culpability, by claiming that it outsourced the recruitment exercise to a private firm which actually collected the N1,000.00 levy. As usual, a panel would be setup to investigate this incident, followed by a white paper, and then, the report may end up gathering dust in a cabinet somewhere in Abuja, while government officials focus on the more important 2015 general elections in a country where competition for political power is about resource control, not the promotion of the general good of the people.

The fact that four expectant mothers died in this incident, with about 700 others reportedly injured, is enough reason why those who organised this event should not escape appropriate sanctions. Unfortunately, the Jonathan Administration is not known to punish errant public officials, although the NIS boss and the Internal Affairs Minister have been queried. In other countries where human life is valued, the President should compensate the victims and, more importantly, prevent a future re-occurrence. But the Federal Government has other priorities.

For me, and also for the FRESH Democratic Party, which I lead, nothing else matters in our quest for a functional, self-accounting and representative democracy, than a fundamental change of the prevailing order which is responsible for our national predicament. It should be reasonably assumed that delegates to the conference would know this, but I have my fears.

Many commentators have observed that the composition of the delegates to this National Conference is skewed in favour of the old politicians, and some of those who ran this country aground. How can we expect any meaningful change from this set of people? 20th century ideas cannot solve 21st century problems. If you look critically, the composition of the participants in this conference reflects the geriatric propensity of our polity.

All the progressive nations of the world, especially those who have graduated from under-development to emerging markets, are being governed today by new sets of leaders, whose orientation reflects the new world order, and are thus able to successfully confront the challenges they encounter in their respective nations.

As this NIS recruitment tragedy shows, our meal ticket educational system is not designed to drive industrial development or produce resourceful, self-employed folks who can create opportunities, rather depend on employment. The belated introduction of entrepreneur studies in the newly remoulded college curricula is like putting the cart before the horse. While vocational studies have been introduced, there are no teachers to instruct carpenters, electricians etc.

I have long been advocating a shift in the paradigm of our educational sector, which should be anchored on Human Capital Development. Science subjects are foundation of technology. If I were the President, this would be the mantra that would drive my reform agenda because without a solid, qualitative, continuous stream of local production of graduates in the technical, or science-related courses, our dream of industrial revolution as recently articulated in a widely publicised launch by Mr. President, would be a mirage.

The secret of Asia industrial miracle is that, leaders of that continent sent their students to Europe and America. The returning Asian students, who went to learn the technological wizardry of the West, laid the foundation of the technological revolution that produced the Tigers, who now threaten the scientific dominance of Europe and America. This is a model we could learn from.