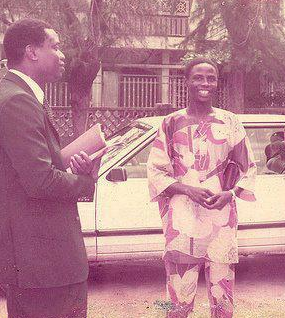 January 9, 2017 – Pastor EA Adeboye Stepped Down As RCCG GO For Nigeria After Financial Reporting Council Of Nigeria Served Him Notice

Ex-VP Atiku Abubakar has extolled the virtues of Pastor Enoch Adeboye, stating that Nigeria needs more of such religious leaders.

Atiku stated this in commendation of Adeboye, who just stepped down as the General Overseer (Nigeria) of the Redeemed Christian Church of God, RCCG.

He described Adeboye, who is now the General Overseer of RCCG, Worldwide as a unique example of inspirational leadership whose influence cuts across tribe, class, and even religion.

Meanwhile, the serving overseer of the Latter Rain Assembly, Pastor Tunde Bakare, has commended the decision of Adeboye, to hand over the affairs of the church in Nigeria to a new Nigerian Overseer, Pastor Joseph Obayemi.

Speaking yesterday while addressing newsmen on the State of the Nation in his church, Bakare said nobody can continue in a position for ever and that it was through the grace of God that Pastor Adeboye was able to see and pick someone who he had mentored and trained to succeed him in his lifetime.

Bakare spoke against the backdrop of Financial Reporting Council (FRC) which equally occasioned the resignation of Pastor Adeboye on Saturday, said, “Whether we like it or not, one day, we would have to leave office.”

Narrating the experience of his church with the FRC, he said, ” I don’t work in Financial Reporting Council and nobody has served me any notice.

What I did when the issue was raised was that I called our external auditor and in-house accountant to go and meet them.

They checked our books and they felt a proper corporate governance is in Latter Rain. I’m a trained lawyer and I try to be law abiding, but that is not to say that any of the people mentioned had not been law abiding.