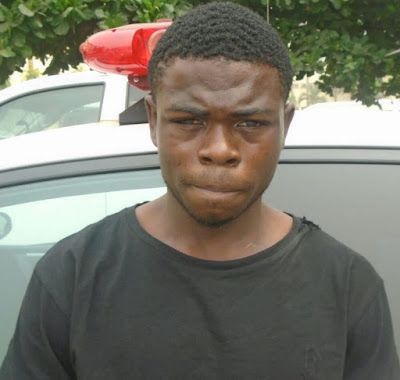 The suspect reportedly committed the offence because his former employer, Ekinodo Ifoghale owe him 8 months salary.

He went to Ifoghale’s home with three of his friends, when he knew the man and his family had travelled to Delta State.

On the day he burgled into his former boss’s home, he waited until the security guard had gone to church before he struck. 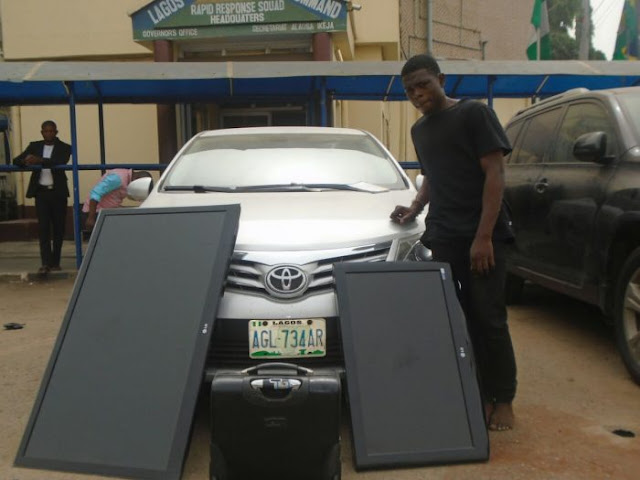 He was nabbed at Ojuelegba area of Lagos by RRS operatives on Boxing day while trying to sell the items he stole. 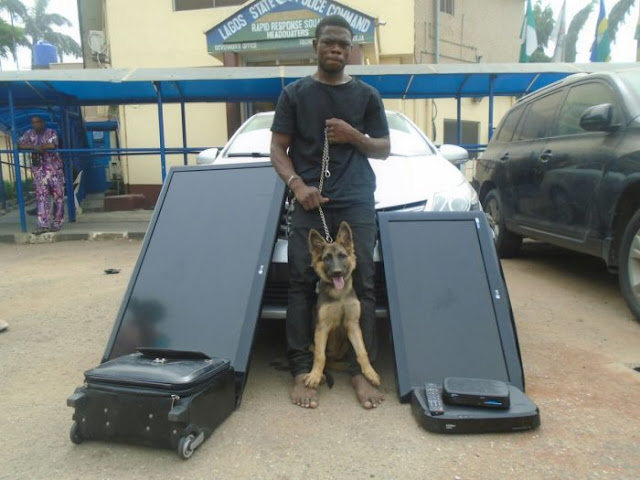 On why he committed the offence, the suspect said: