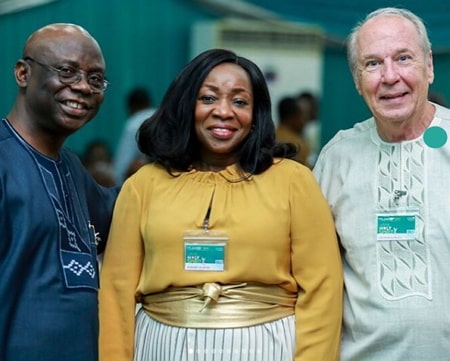 The founder of  Latter Rain Assembly, Tunde Bakare is about to complete his mega church project reported to cost N18 billion.

The new project is known as Citadel and will serve as the church’s auditorium.

Bakare has operated the Latter Rain Church at a single location on Akilo road, Ogba, Lagos without any other branch anywhere, for many years.

He tried to establish a few branches some years ago but soon reverted to status quo.

Located at First Bank bus stop on Oregun road, a short distance from the old Daystar Christian Centre, the new gigantic building under construction will house Latter Rain Assembly when it is eventually completed.

Reports say the church has committed an estimated N18 billion to the project.

Completion period is few weeks time as work is already advanced and in its finishing stage, reports Church Gist, a popular Christian page on Facebook.