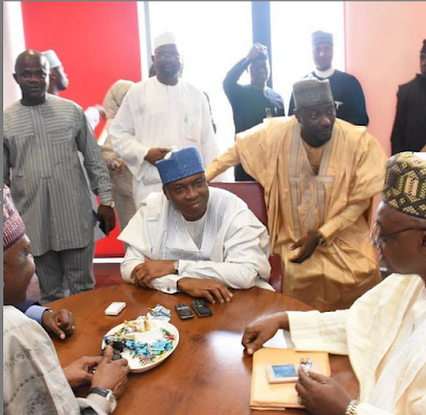 “I believe they were wearing clothes before they came in. Were they naked before they got there? Didn’t they have clothes in their wardrobes?
“Where are the likes of Papa Ajasin, former Governor of Ondo state, who declared his asset and said the number of clothes he took to the State House was the same number he came out with?

“Will our lawmakers be on a fashion parade? All those things should be cut off.
“We have states that cannot pay salaries and they want to live fat at the expense of the masses. I believe that time will sort everything out.”

Those selfish politicians lack the fear of God. How can this huge amount be put aside for wardrobe only???

It is obvious they are in it for their own selfish interests.

Photos: Turkish Flight Attendant Dies Of Malaria In Istanbul After Trip To Nigeria
More Photos From The Making Of Blood Party Nollywood Movie