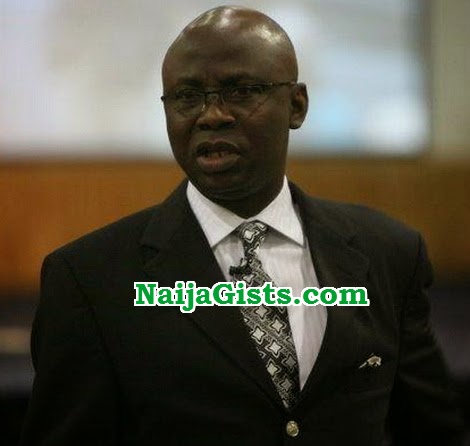 May 19, 2015 – Pastor Tunde Bakare Collapsed, Slumped During Lecture In Lagos, Rushed To Hospital

Pastor Tunde Bakare, the founder of Latter Rain Assembly has been admitted to Reddington Hospital in Victoria Island after he reportedly slumped while delivering lecture somewhere in Lagos.

Though details are still sketchy all we know is that the man of God slumped yesterday during a lecture and was immediately rushed to the aforementioned private clinic on the Island.

This was reported exclusively by Sahara Media.