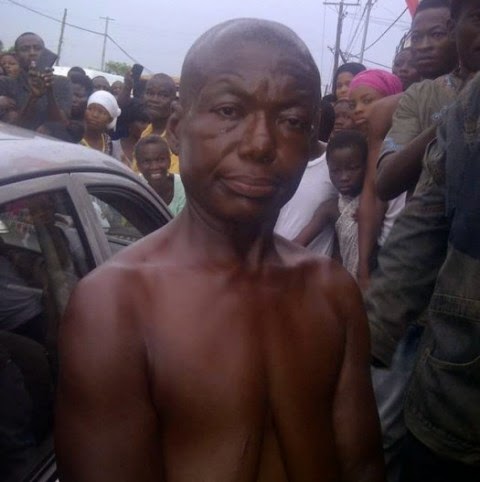 A woman with the face of a man and shocking male and female organs was last week Wednesday arrested in Madina area of Accra Ghana around 5am in the morning after some people accused her of being a witch/wizard.

She was accused of stealing a woman’s womb before she fell from the sky. Witnesses claimed that something overpowered her at an area called Maye Hot in Madina area of Accra.

When they caught her, she was found with the face of a man but a check down below revealed a male organ.

She was humiliated and taken to a police station in the area. 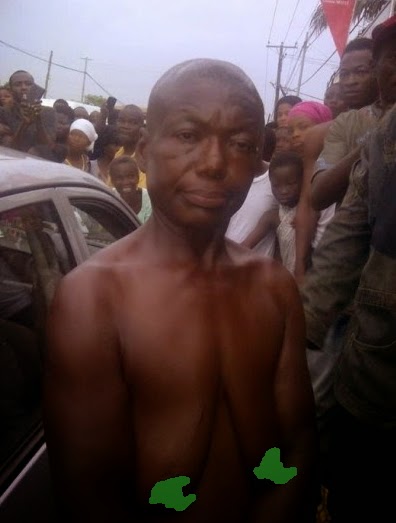 Her daughter has spoken. Check out what Canada-based Crystal Maame Broni said in an interview on a radio station in Ghana ;

Crystal said her mother, Barbara Boakye-Yiadom once lived with her in Canada and came back to Ghana to seek medical care after suffering mental problems. She added that the alleged witch is a Canadian Citizen.