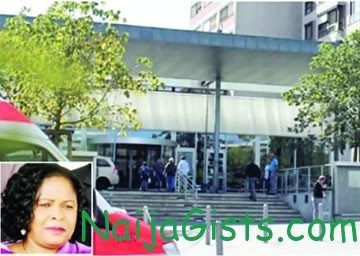 In another update to the health condition of Nigeria’s first lady, doctors have removed growing fibroids from her uterine wall. naijagists.com

According to Presidency sources, doctors at the German hospital had to perform an additional surgical operation to remove potentially cancerous fibroids from Patience Jonathan‘s uterus.

“The First Lady underwent surgery for the removal of uterine fibroids,” a presidency source. 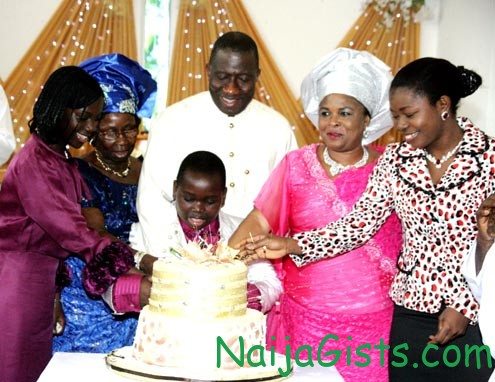 President Jonathan’s children on his birthday

Another source claimed uterine fibroids problem is the cause of her childless as we can recall Patience Jonathan is not the biological mother of President Jonathan’s children.

We wish her speedy recovery.